While completing the quest titled – The Beast of Tousaint you will face the first boss in the Wither 3 Blood and Wine – named Bruxa. The quest will send you to a nearby vineyard Corvo Bianco where you should examine the body kept in the cellar. 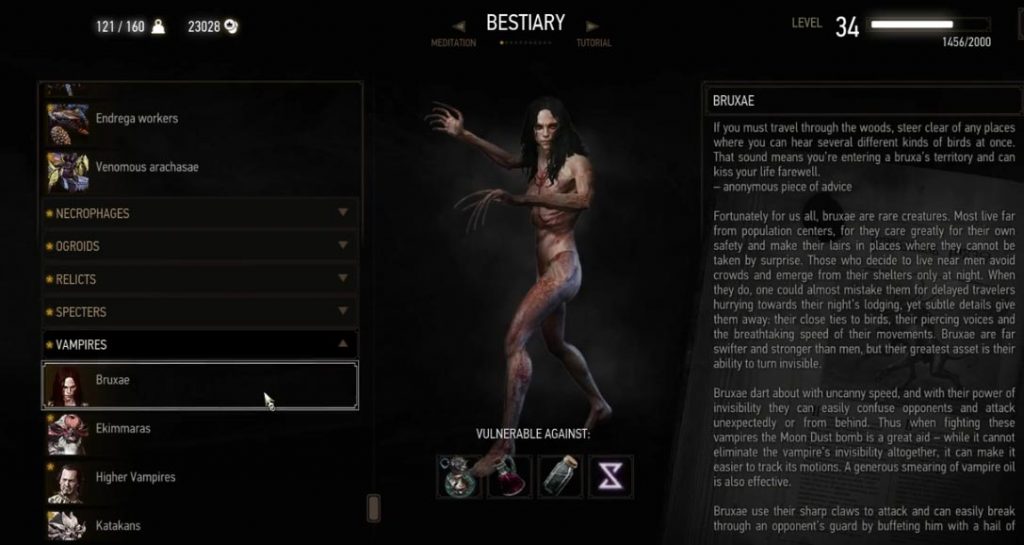 Bruxae are rare creatures with uncanny speed, huge claws and special power that makes them invisible.
▼Article Continues Below▼
They can easily confuse their opponents and attack you unexpectedly from behind. They are vulnerable against Moon Dust Bombs, Vampire Oil, Black Blood Potions.

How to kill The Bruxa

The fight is not hard if you dodge often and lure her in the Yrden circle. When the fight begins she’ll teleport around the room, often ending up behind you. Since she moves fast and disappears often, use Yrden sign to slow her down, and make her visible when she disappears. When Bruxa is invisible she can’t be attacked. You can also use a Quen with stun. Try dodging her screaming AoE attack because it’s the only high damage attack when she takes human form.

NEXT POSTHow to Beat Shaelmaar Boss | Witcher 3: Blood and Wine