Lost Goods is a treasure hunt you can go on in Velen, across the water from the southern island of Oxenfurt.

So I enlisted. And they sent me to Velen. If this is what the whole North is like, then I swear on all the gods, I don’t have a clue why we’re even bothering. Nothing but filth, clap and graves.

I’ve been sitting here for two months. Haven’t seen a single Redanian yet. Instead of fighting, they got us running errands, each stupider than the last. Now the sergeant’s sent us to find some chest. Baubles robbed from the Nordlings, seems. Fell off a wagon as the transport was heading south. We’ve been wandering this swamp for three days now. Only thing we’ve found was a hole-riddled boot and a cow’s skull. What a waste… but if we come back without the chest, they’ll send us to the hole and deduct three weeks’ wages, so we’re going to keep searching. For the glory of the fatherland. 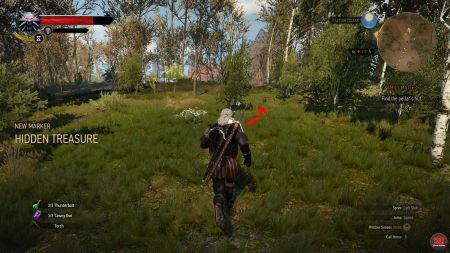 Click on the thumbnail to see the original image.
Get the notes from the body of the Nilfgaardian soldier

Note that the rewards can be randomized, so you might not get the same loot as the one listed below.

Find the body of the Nilfgaardian soldier.

North from the Ferry Station signpost there is the body of a Nilfgaardian soldier lying in the grass. Loot the corpse to read his notes and begin the quest. 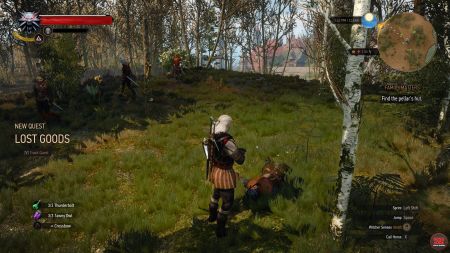 Now head to the shore to the east, where you’ll find a small jetty and a few level 4 drowners. Kill them. The chest is in the grass behind the boat, next to the water. 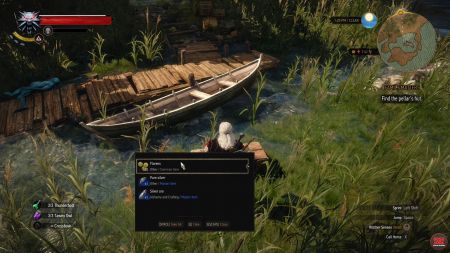 PREVIOUS POSTThe Sad Tale Of The Grossbart Brothers
NEXT POSTOut Of The Frying Pan, Into The Fire