Nilfguardian Guardsman Armor is a late-game heavy armor set that provides great protection from all kinds of physical damage, but also decreases stamina regeneration. It is easily one of the best armor sets in the game. You can either craft or buy the pieces. In this guide, we’re going to show you where to find Nilfgaardian Guardsman Armor diagrams, which materials you’ll need to craft it, and what it actually does.

You can obtain the diagram for the chest piece on in Harviken, on Faroe. There is a fighting ring north of the signpost. Talk to the fightmaster and he’ll set up a brawl with Einar. Block his attacks, then counter. After you’ve won, you’ll be rewarded with the diagram.

Alternatively, you can buy it from the armorer in Kaer Trolde. After you’ve finished the main quest Destination: Skellige, you can go into the keep at Kaer Trolde – the armorer is on the northern terrace, and he sells both the armor and the diagram for crafting it.

Some people have reported finding the diagram for the gauntlets next to the entrance to the Monster Den north-west of Hanged Man’s Tree, but we haven’t been able to confirm this. However, the armorer in Kaer Trolde sells the diagram, as well as the gauntlets themselves.

As it’s a set of heavy armor, it provides great protection. The downfall is that your stamina will regenerate more slowly. The chest piece is level 28, while the gauntlets are level 31. 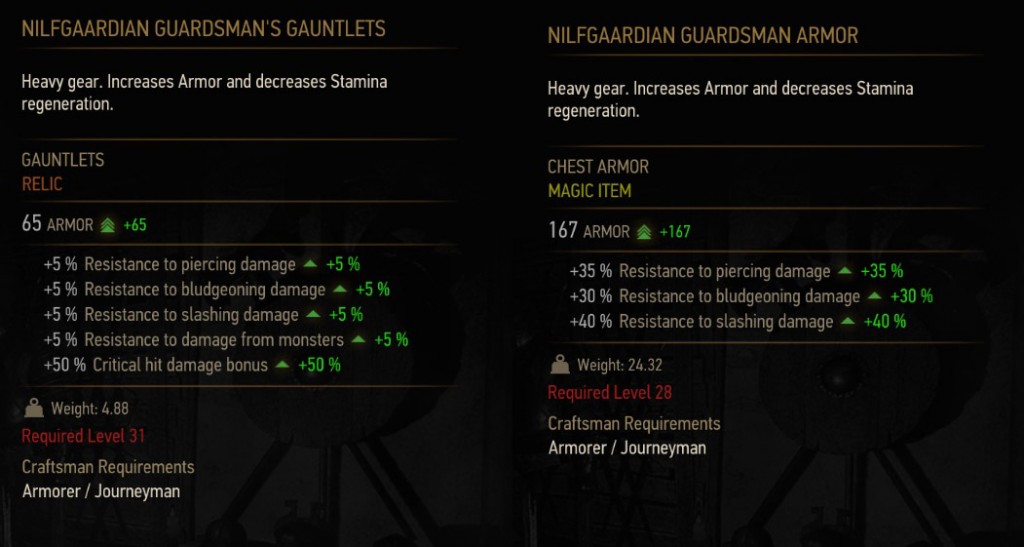 The materials you’ll need are common – you can either buy them, or get them by dismantling old equipment. A journeyman armorer can craft them for you – like the one in Kaer Trolde.