Thanks to quite a bit of pestering from the unfaltering fans, members of CDProjekt RED have gone to the official forums and explained how the skills in The Witcher 3: Wild Hunt will work. Persistence always pays off, remember.
▼Article Continues Below▼
The first to go was lead writer Marcin Blacha, who had this to say:

Activated skills determine tactics. You choose (activate) some of them and you have resources to manage (stamina and adrenaline), so behaviour in combat depends on skill choices. In other words, to use your build properly, you cast signs, parry, dodge and hit with your sword more or less frequently. Some skills grant additional signs modes or special blows. There are 3 types of armor elements: light, medium and heavy. Protection they grant is less important than synergy with combat tactics they are designed for. For example heavy armor favors aggressive swordfighting. But you can mix armor elements to balance bonuses they offer. If you like to tweak and customize, you’ll find it attractive, I think. 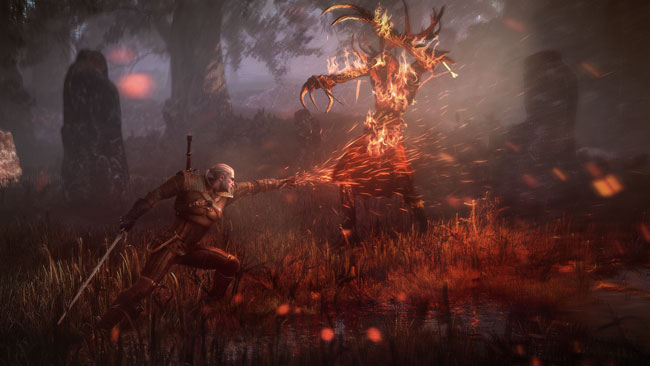 After an entirely new discussion sprang up around this statement, community coordinator Marcin Momot jumped in to clarify a few things about skill progression.

Here’s the way the skill development works. There are 4 groups of skills. Swordsmanship, Alchemy, Signs and Miscellaneous. The fifth group some folks were talking about is Mutagens. As you level up the character, you unlock various skills. You can then assign them to one of the slots. Assigning a skill to a slot makes it active – you can activate and deactivate skills at will making custom builds to suit your current needs best. There are up to 12 slots (+ 4 for mutagens) which are being unlocked as you progress – mutagens modify skills making the skills stronger. To make mutagens even more effective, it’s best to use the same type of mutagen and skills in one combination.