Memory locations in the Legend of Zelda™: Breath of the Wild are a very important thing for the player to find. Link lost his memories and finding these lost mementos is important in order to discover his past and uncover the story of how things are the way they are, but also, recovered memories take you on the path of finding one of the endings in the game (some would call it the true ending of the game). By recovering all lost memories you will truly set yourself up on being the hero Hyrule needs.

In the Adventurers log, right at the beginning of the game, you’ll see that there are 18 Memories that remain hidden and that you need to recover. As you play through the game, doing the main quest, you’ll go to Kakariko Village and talk to Impa. After you go to Hateno Ancient Tech Lab and finish what you have to do for Purah she will send you back to Impa and she will unlock 12 old camera photos on your Sheikah Slate. These pictures are from Zelda and they point to places that hold old memories that you can unlock. She gives you the Locked Mementos Quest and your task is to find these exact locations and unlock the long lost memories of Link and Zelda. Once you have found all 18 you will get the true ending of The Legend of Zelda: Breath of the Wild.

▼Article Continues Below▼
YOU MAY ALSO LIKE:
How to build Tarrey Town and unlock special vendors

This guide will show you all locations of Memories in Zelda: Breath of the Wild and how to find them. 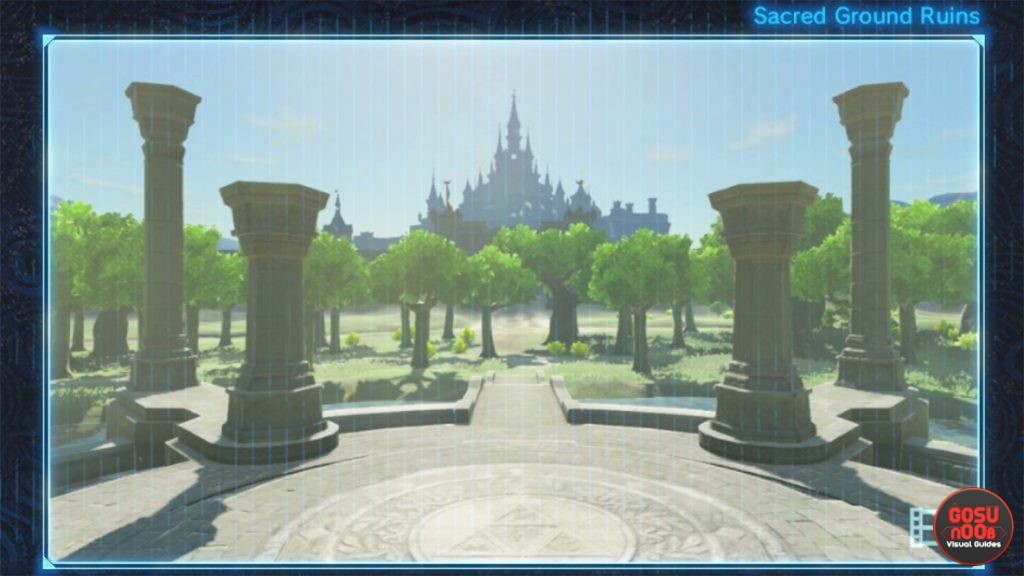 Go to Central Hyrule and enter Hyrule Field. It is the big field in front of Zelda’s castle. Be careful, because the place is crawling with Stalker Guardians and big skeletons. You need to head towards the main gate into the castle and find Sacred Ground Ruins. In the middle of these ruins is the memory recovery spot. Watch it to find out about the ceremony of Zelda making Link a knight. 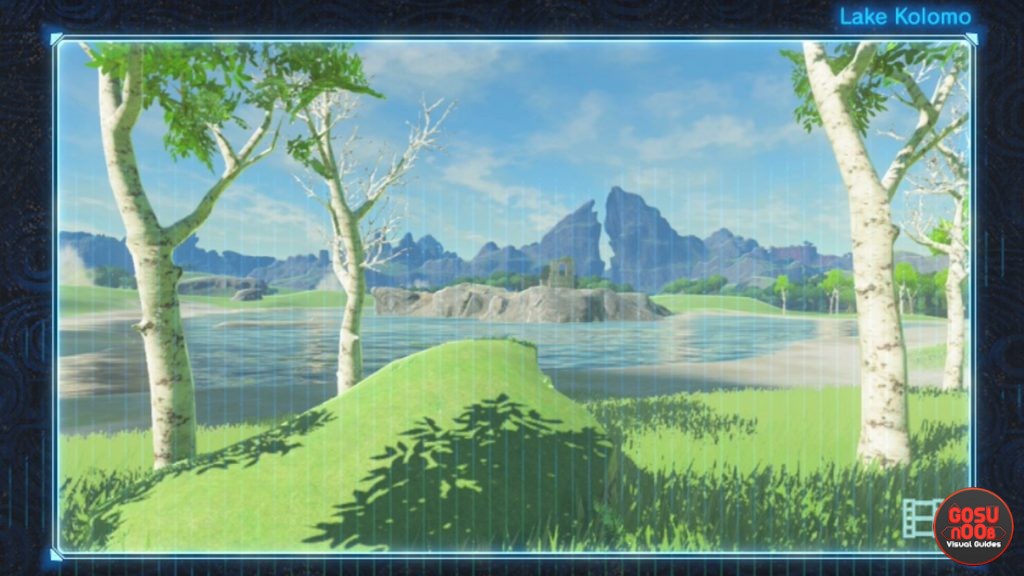 You can get this one fairly early in the game (as soon as you get the paraglider) since it is close to the starting land. You want to start searching from the Great Plateau Tower to north. There is Lake Kolomo in southern Hyrule Field. You want to go along the southwest edge of the lake looking at the woods alongside it and you should see the faint glow of the memory recovery spot. Collect it to see Link and Zelda walk along the lake discussing the divine beasts and the sword. 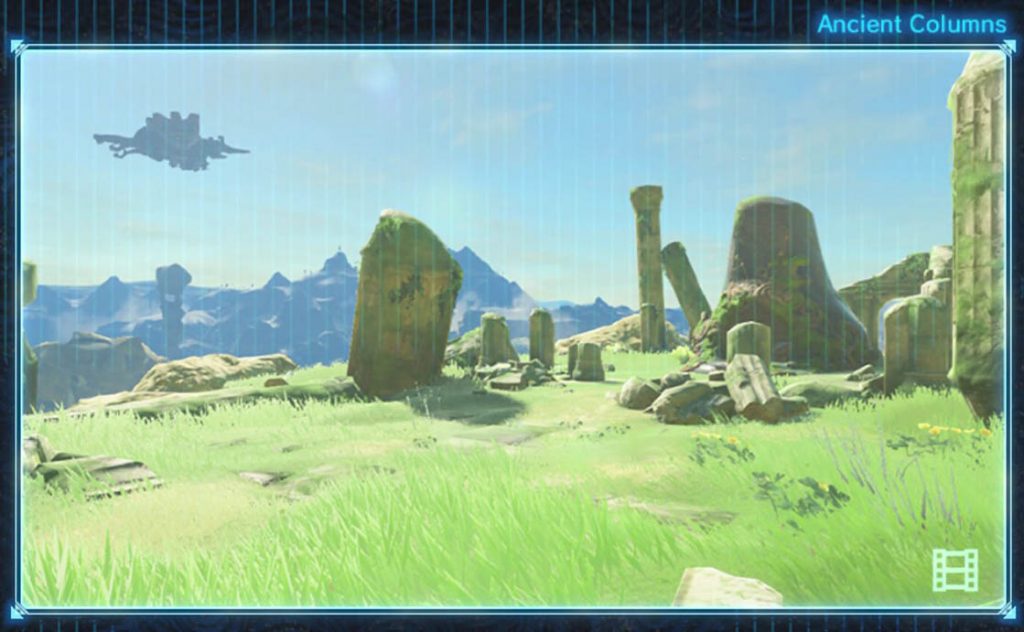 Third recovered memory photo shows a shrine. Look for this one in the western part of the map, near Tanagar Canyon. You are looking for the Tena Ko’sah Shrine, pictured in the recovered photo. Best bet is to reach Tabantha Tower and then glide from the tower towards the shrine. Memory recovery spot is just a bit south of the shrine 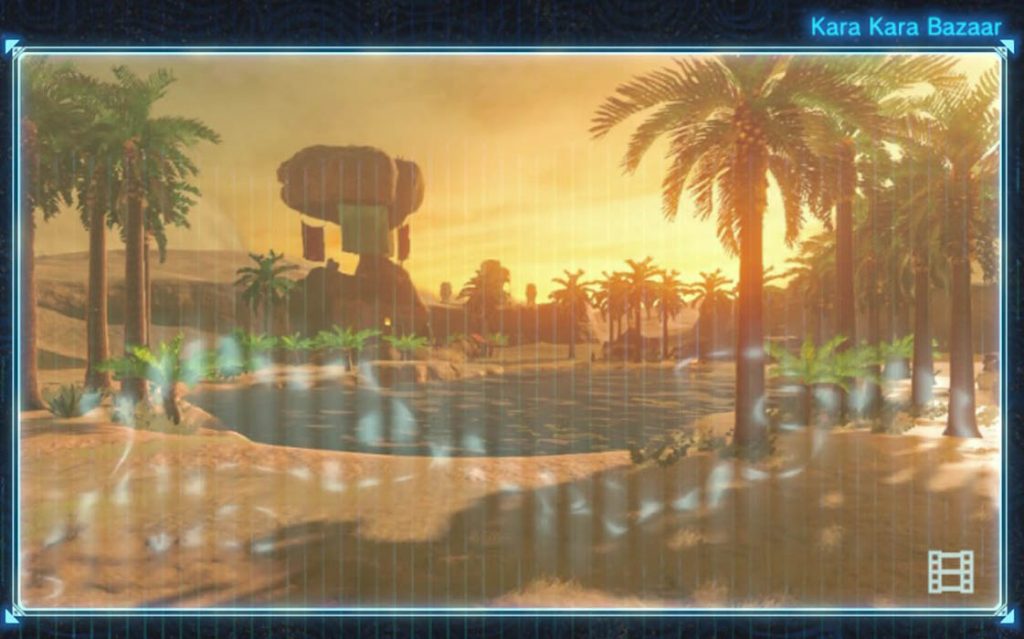 You need to find an oasis in Gerudo region – southwestern part of the world map. You can see the oasis when you climb the Wasteland Tower and look to the west. Glide down to the Kara KAra Bazaar (name of the oasis) and find the recovery spot. 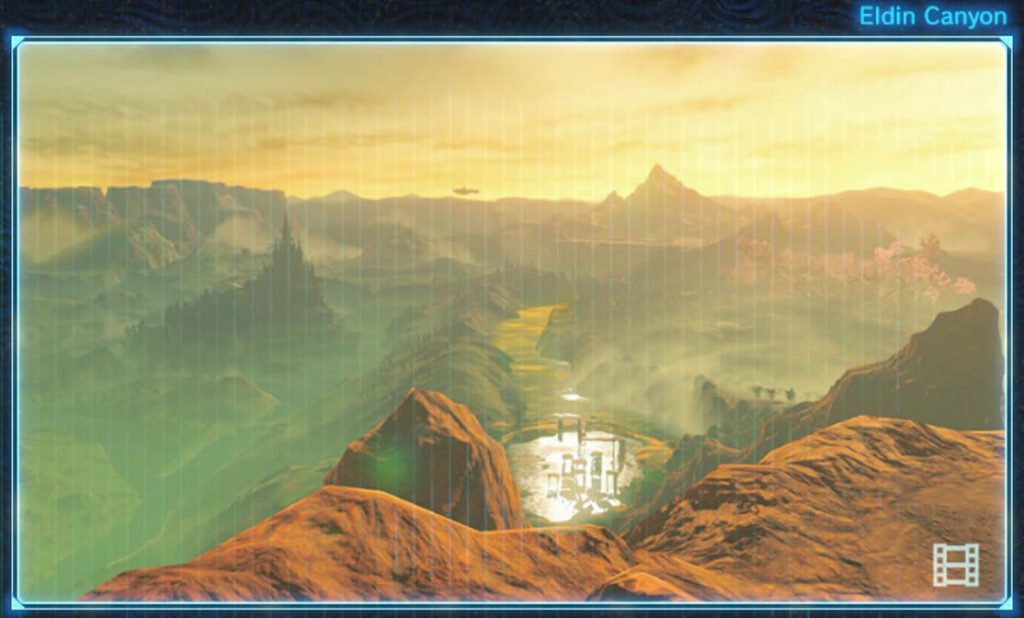 Go to the Eldin region in the northeastern part of the world. Recovery spot is southwest from the big volcano there, in between Woodland Tower to the west, and Eldin Tower to the east. You need to reach the rock circle on the edge of the mountain. To reach it you will need either heat resistant elixirs or heatblock gear. If you don’t have any heat resistance gear, find your way up to the mountain from Woodland Tower. 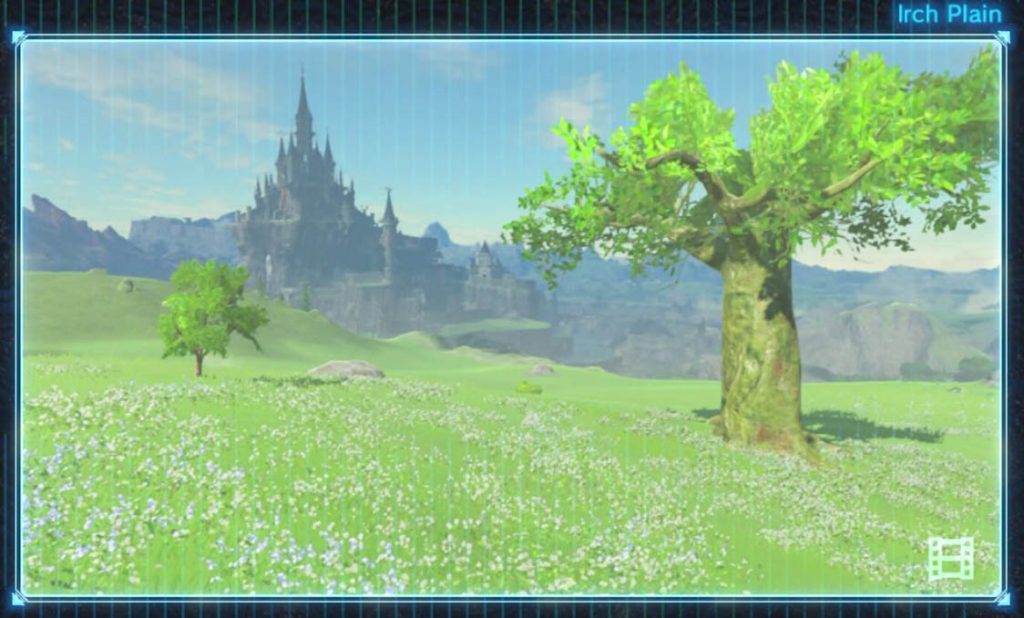 Go slightly northwest from Zelda’s castle (in central Hyrule) If you found the Ridgeland Tower you can approach the recovery spot by going northeast from it. Look for a fairly large pond and next to it there is a tall, lonely, tree with the memory right next to it. 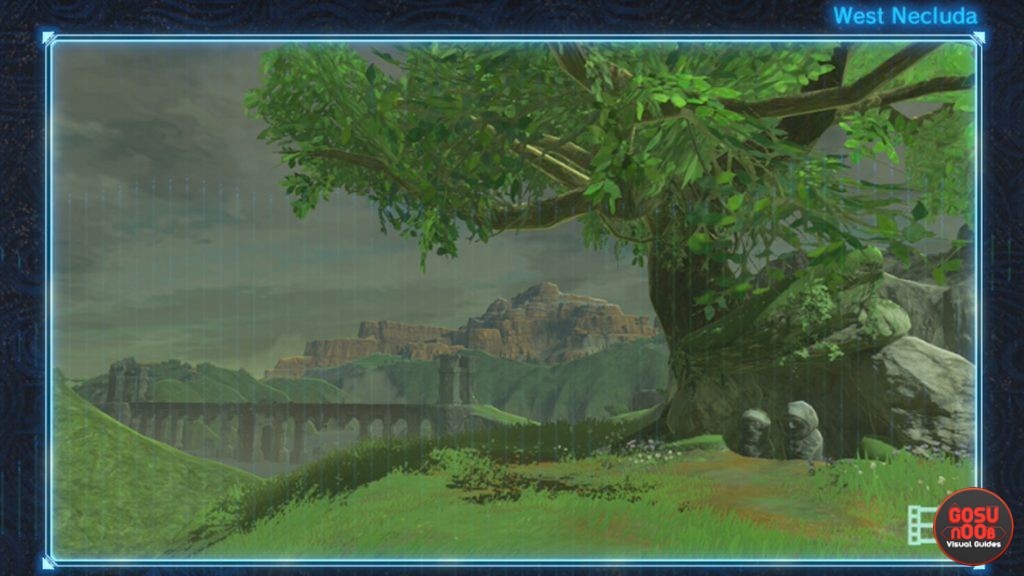 I’ve approached the location of this memory from the bridge. Go northeast from the Bridge of Hylia’s beginning (side closer to the Great Plateau). Stay along the edge of the lake and jump/glide across the river once you get to it (river that flows into the lake). You will see a tree atop a small hill across the river and that’s your goal. Once there you should see the landscape that looks exactly the same as the picture and find the glow of the lost memory ready to be recovered. 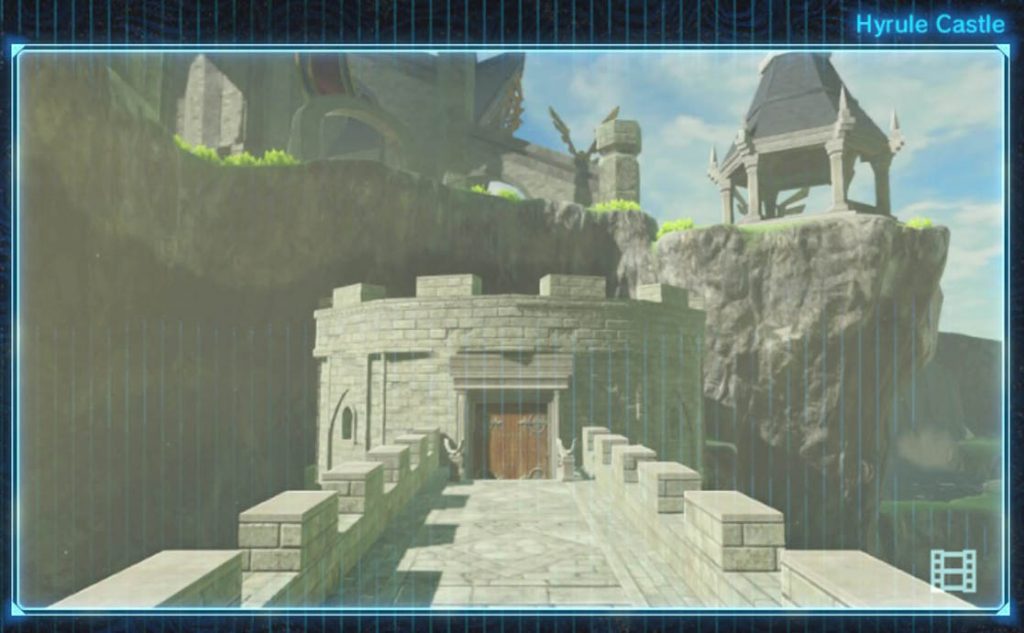 This is probably the hardest to find lost memory. It is located inside the Hyrule Castle, which means a lot of enemies to go past. There is a lonely, tall tower in the northwestern part of the compound. A large bridge connects this tower with the rest of the castle. You are trying to reach that bridge and on it the memory recovery spot. You can climb up to the bridge from bellow. 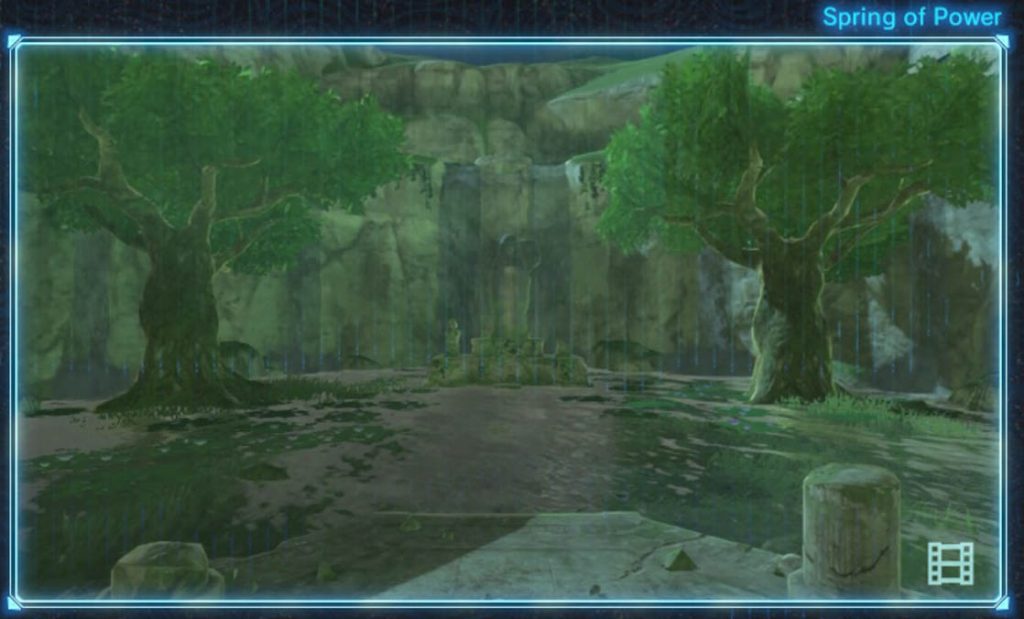 This is the most northeastern part of the world map, in the Akkala region. Good spot to start is the tower in the region. From Akkala Tower follow the north path. It will take you to the canyon with a couple of flying enemies. Next to the canyon is a small entrance that leads to the Spring of Power, containing the memory. You can also jump to this location from the top (if you can reach it). 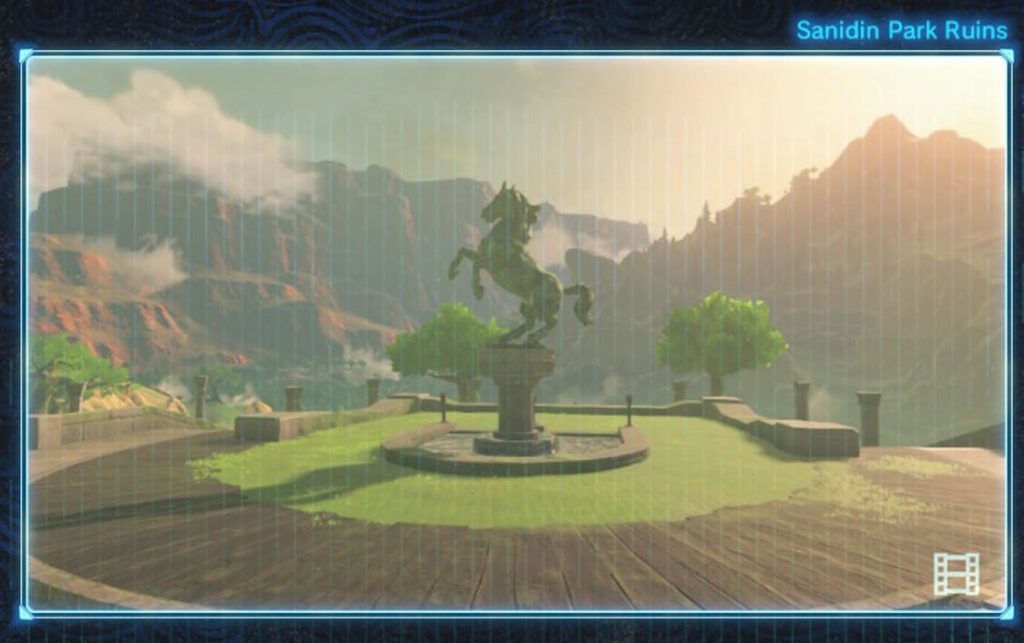 West from the center of the map and the tower called Central Tower go up the green hill. You’ll find a plateau up on top of it with the horse statue from the picture. 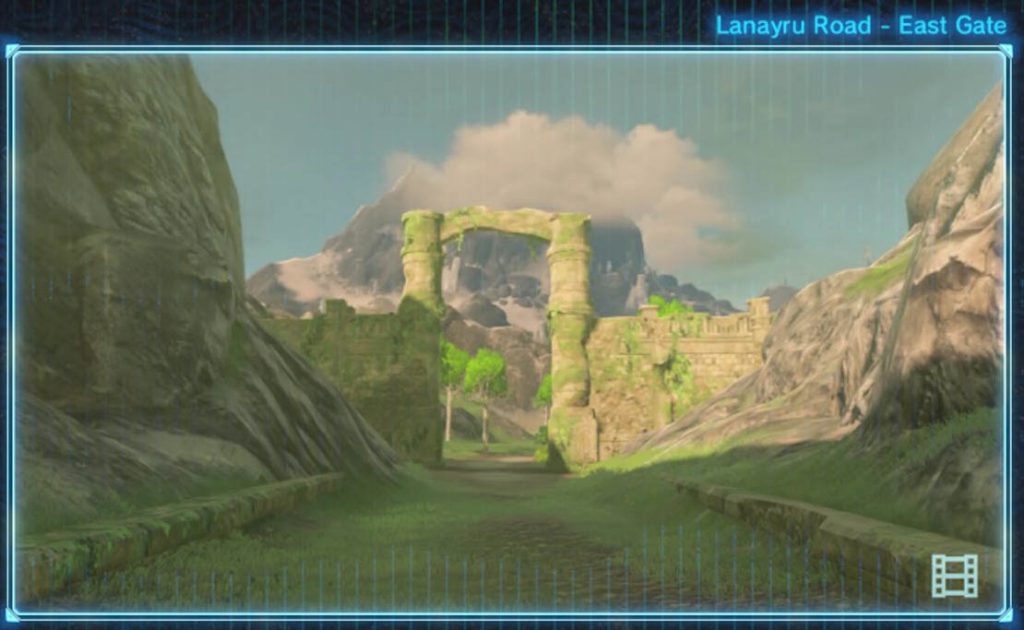 In the far east part of the world – left of Mount Lanayru – is where you need to go. There is a deep gorge there and you need to reach its eastern side, close to the gate. 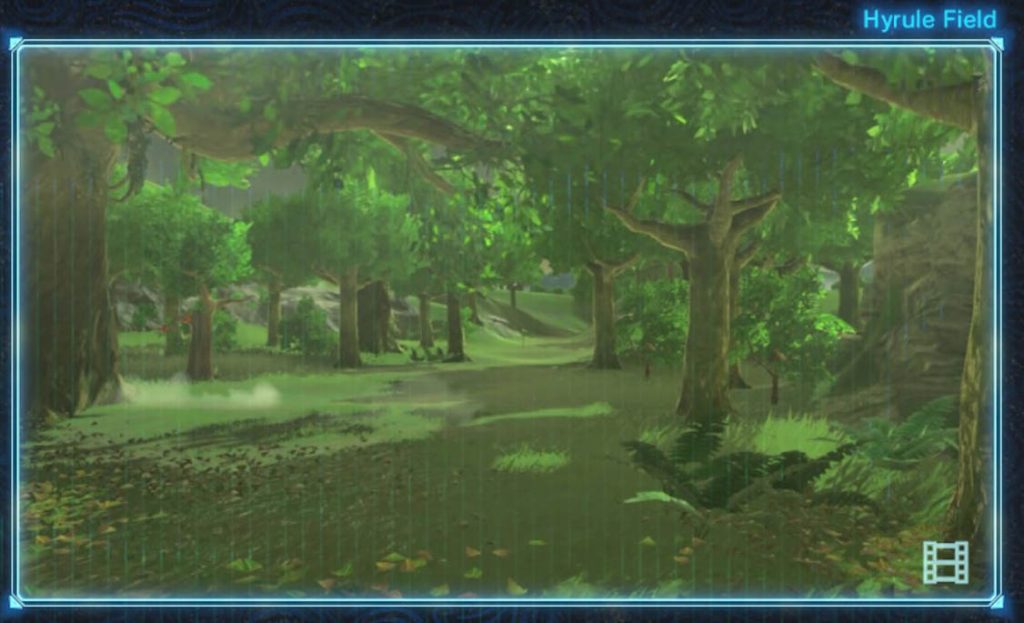 Go deep inside the forest east from the center of the map, just southwest from Wetland Stables. It is a bit tricky to find, as there are no decent landmarks to orient yourself toward. Circle around the forest’s center and you’ll find it. 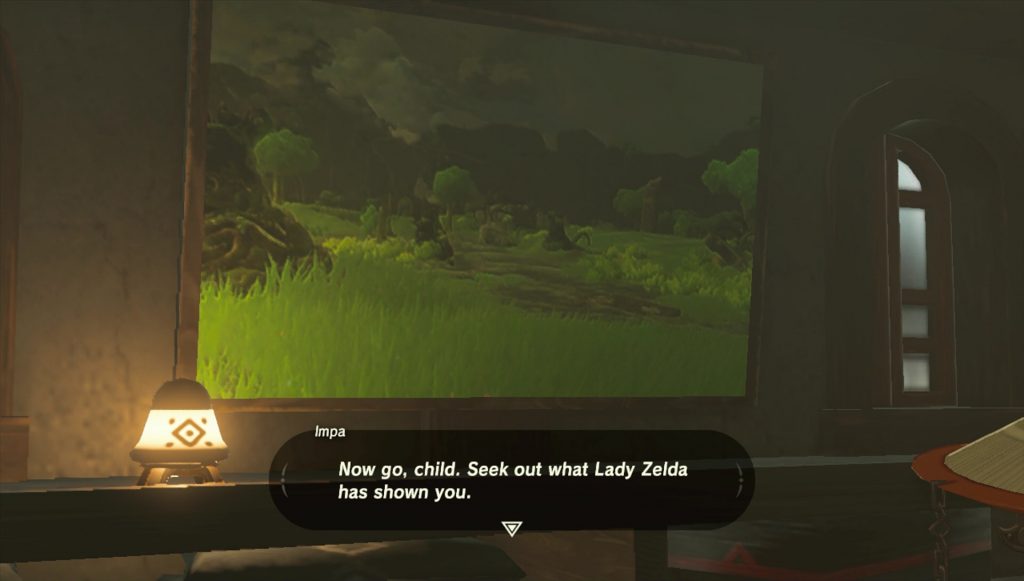 Once you collect all 12 memories, hinted at by the recovered photos in your Slate, go back to Impa. She will give you the clues for the final memory. If you follow the path south from Kakariko Village (where Impa is), you’ll get to Dueling Peaks Stable. East from here, at the center of the area, is what you’re looking for.

Other memories are recovered as you do the main story quests and can’t be found otherwise.

PREVIOUS POSTPC specs for NieR: Automata are out, how do you fare?

NEXT POSTZelda Breath of The Wild Hylian Shield Location