The newest AC Valhalla update went live yesterday, and some players are reporting a strange bug where they can’t speak to NPCs. Naturally, this is a very irritating issue that can impede your progress in the game – not to mention, your enjoyment playing the game. Though this isn’t something that every player has experienced and it will most likely get patched soon, it’s nevertheless a problem that can happen to anyone. With that said, our Can’t Speak To NPCs Bug After AC Valhalla Update guide will tell you everything you need to know about this bug, as well as how resolve it. 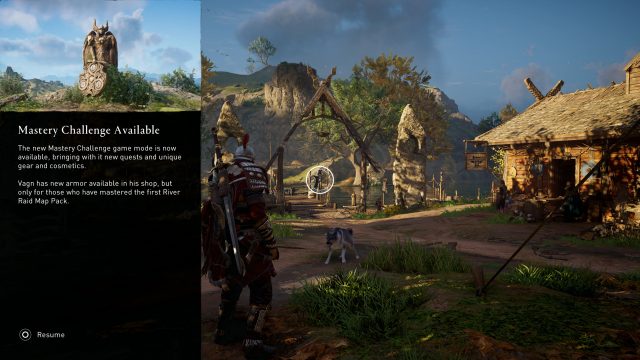 What Is The Can’t Speak To NPCs Bug?

Since the 1.2.2 update, Valhalla players have encountered a bug that prevents them from speaking to NPCs. This doesn’t appear to be related to the new content and Mastery Challenges introduced in this update. Meaning, even players that haven’t yet tried out these challenges are also running into this issue. It also doesn’t appear to be related to a specific game system, so console players and PC players alike may experience it.

How To Solve The Can’t Speak To NPCs Bug After AC Valhalla Update?

Players have reported that changing your interaction button can resolve this. So, if you are getting this bug, try to revamp your interaction key to something else. As of now, this is the only solution which has reliably worked. Uninstalling and reinstalling the game from scratch doesn’t appear to be a viable fix, so don’t waste your bandwidth. We hope that you won’t be one of the players that have had this issue, but if you do get it, try the solution from our Can’t Speak To NPCs Bug After AC Valhalla Update guide. In any case, we invite you to check out our Assassin’s Creed: Valhalla section for more such guides.