Celtic armor is a new armor-set we got today with the release of Wrath of The Druids DLC for Assassin’s Creed Valhalla. You’ll have to find wealth armor chests throughout Ireland to collect all pieces. Ireland is a huge new zone added with the Wrath of the Druids DLC. It is divided into four new areas open for your exploration. It’ll take some time to go through all of them searching for wealth chests containing armor. That’s why we’ll help you to quickly get the Celtic Armor set in Wrath of the Druids DLC for AC Valhalla with maps and explanations of the locations. 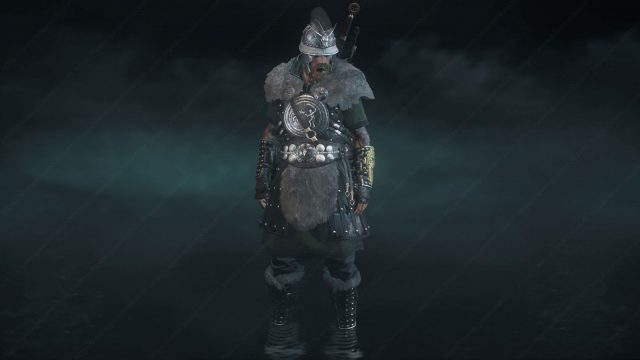 Celtic Bracers are found in the Meath zone. From the Durrow highpoint go north and a bit east until you reach Inchroe. You have to look for the gear wealth in one of the huts there. This is a restricted area so sneak around or fight your way through. Hut is located in the north of Inchroe. You can sneak past the guards by climbing the tower in the northwest corner. You should then use the ropes to get to the house with the armor. Drop down from the roof and then sneak in to find the chest behind a screen. You just got your first piece of Celtic Armor Set in Assassin’s Creed Valhalla.

To find the Celtic Cloak in AC Valhalla Wrath of the Druids DLC you’ll need to visit Ulster. There’s a fishing village with a small military station on the northern shore of the large lake in the middle of the land called Lough Neagh. Find the military camp inside Inch Lough Neagh. Chest with the Celtic Cloak is inside one of the red tents. You’ll probably have to dispose of a guard or two, but it’s easy pickings. You can easily reach the village from the Benn Uava highpoint and then go west along the lake’s shore.

For the next piece of Celtic armor in AC Valhalla you’ll have to visit the western parts of Ulster. Look for a military outpost nestled inside the hilltop fort called Aileach. Celtic Helmet is found in a locked room bellow the top floor of the fort. You have to look for a red tent above the room with the helmet. Go there and you’ll see that its floor is a wooden grate you can shoot an arrow through. Hit the lock on the door. This unlocks the room with the Celtic Armor set piece and then you get a nice looking helmet.

For the next Celtic armor piece you need to go south of the previous location and visit Connacht. Search for a fort on top of a mountain nestled in between Lough Glencar to the west and Foyle River to the east. There’s a highpoint near Lough Glencar from which you go east and a bit north. You should discover Cashelore soon enough. Climb up on top of the hill and then enter the fort. Celtic Breeches are in the northern part of it. They are behind some movable crates. Push the left, smaller, stone crates until you can’t anymore and then try move them a bit to the right. This should reveal there’s a wooden crate blocking you way. Destroy it and then push the stone a bit more until you can squeeze through. In the room behind it are the Celtic Breeches.

The last piece of the Celtic Armor Set is the torso part aptly named Celtic Armor. You’ll find it in Connacht as well. Go south of where you picked up the breeches. You can teleport to a dock near Knockfree and then go west across the river. Reach the village of Rathcroghan and then you’ll need to get to the center of it. But first, you’ll have to get the key to open the chest. It is held by a chieftain on one of the towers on the outer palisade of Rathcroghan. Use your bird to scout and find the guard. Once you obtain the key fight or sneak your way to the central building. Unlock the door and then pick up the final piece of the Celtic Armor Set.

Celtic Armor Set, when equipped, provides a perk that increases attack by 10s for +15 when taking damage. It also adds Melee Damage and Melee resistance by +10 and +15 respectively. It is a bear armor type so you will have a chance to tank some damage. You can visit our youtube channel to see all the new Wrath of the Druids DLC content as well as the video of this armor set and its showcase.