Early on in the Siege of Paris DLC, the newest expansion for AC Valhalla, you will get the choice of what to do with Bernard – to either give the boy or not hand over the boy to Charles the Fat. Since many of the events depicted in this DLC are based on real historical persons, so is Bernard. He was the only – albeit illegitimate – son of Charles the Fat. Since royal succession was very important, Charles tried to legitimize him as his rightful heir and future Emperor of the Carolingian Empire. In Siege of Paris, you will be able to influence his fate, as our Give the Boy or Not Hand Over the Boy – Bernard Choice AC Valhalla guide will show. What is the best option, to pick “You may have the boy” or, “I will not hand over the boy”? Read on to find out. 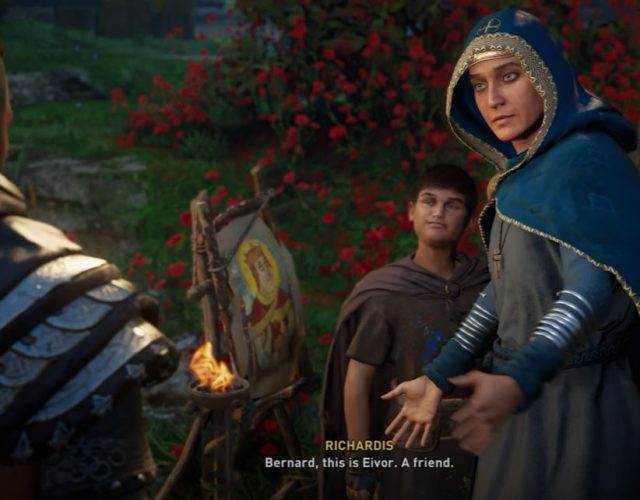 This is a choice that you will be faced with early on in the Siege of Paris DLC. Incidentally, if you still haven’t begun your adventures in Francia, we have a great guide on how to start the Siege of Valhalla DLC. King Charles the Fat will demand that you hand over the boy to him and you will have the option to either give Bernard to him, or to not hand over the boy. It all comes down to what you, Eivor, want to do. So, if you select the “You may have the boy.” dialogue option, Bernard will be reunited with his father, King Charles the Fat. Charles will, understandably, be quite pleased with this choice. Alternatively, you can select the “I will not hand over the boy.” dialogue option. If you choose this option, Charles will be very angry at you, promising that this isn’t over.