Legendary animals are a type of enemy in Assassin’s Creed Valhalla. They’re unique, boss-type beasts which you can hunt down only once. Building a hunter’s hut in your settlement will allow you to turn their pelts in for rewards, and there’s a trophy tied to hunting them all down. If you’re wondering where to find or how to defeat these alpha animals, this guide will show you all AC Valhalla legendary animal locations.

You’ll encounter the giant white elk in the mountains in the south of Rygjafylke. You’ll have to fight it at the bottom of a frozen waterfall. It can only attack you with its antlers and hind legs, so try to stay on its sides. You’ll get 12 leather from it, 2 skill points, and its head, which you can bring to the tanner in order to get a mountable trophy.

Bear of The Blue Waters location

You can find the legendary bear in the Sciropescire area, south of the big lake and west of the small one. 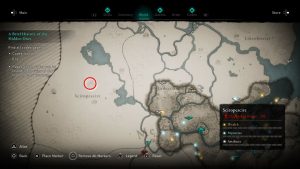 You’ll find the terrible sow in the northeastern corner of Suthsexe, between the two rivers, south of Lunden. 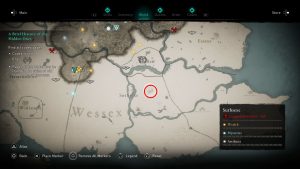 You’ll find this one in Hamtunscire, across the river southwest from Wincestre. 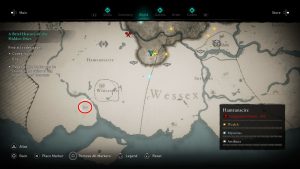 The Gemad-Wulf can be found in the northeastern corner of Lincolnscire, on the western shore of the lake. 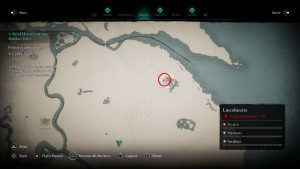 The Blood Swine is located in the southernmost parts of Eurvicscire, in the northern part of the big marsh by the Dubras river. 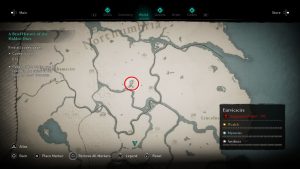 The Black Shuck is located in East Anglia, on the eastern tip of the southeastern island. You’ll fight the big black dog in the ruins of an ancient building, and when you defeat it, you’ll get 2 skill points, a bunch of leather and its head as a trophy.

NEXT POSTAC Valhalla How to Get Ultimate Edition berserker gear, Legend of Beowulf & Preorder DLC