AC Valhalla Offchurch is a place in the Ledecestershire area. There are four wealth locations in it – one will give you an ability book, another an ingor, and the last two are gear pieces. Some of them are well hidden, and will require you to destroy walls, unlock doors and move shelves if you want to get them. This guide will show you all AC Valhalla Offchurch wealth locations and how to reach them, so you can get the gear, ability and ingot.

The book of knowledge is the easiest to find. You can get it from the crypt during the main quest that leads you there. It’s called Tilting The Balance, and it’s the one where you look for King Burgred’s hideout. Simply go through the crack in the wall from the first big chamber. 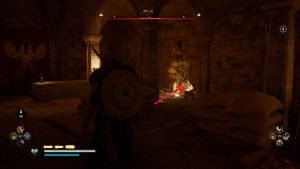 You’ll find the ingot in the chamber with the crack that leads to the ability. It’s on the other side of the room. Move the shelf by the wall to reveal a hole. After you crawl through it, you’ll see the chest in front of you. 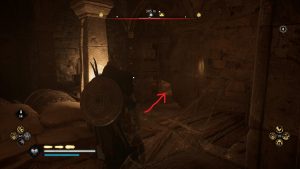 One of the pieces of gear can be found during the quest. At one point, you will fight a skirmisher who drops a key. You can use that key to unlock one of the adjacent rooms. The loot will be in a chest in that room. 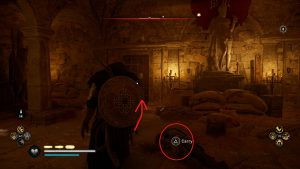 Now the next one can be tricky. After you deal with the skirmisher, go back to the room before it, and look for a weakened wall. Use an arrow to break it, then go thorugh the hole. Jump into the water and dive. Once you reach the other side, you will see the chest. 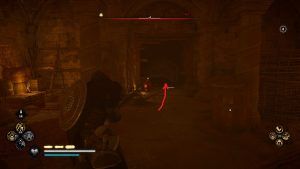