In Wrath of the Druids DLC for AC Valhalla you’ll be tasked with offering 50 delicacies at Skald’s Rest altar in Dublin. This is part of the AC Valhalla mysteries points of interest. You should be familiar with those from the base game. What differentiates this offering altar from the previous ones is that it asks for delicacies. For other mystery altars you had to bring fish or some item picked up in the open world. Delicacies are a different kind of item. We’ll try and explain where and how to get 50 delicacies so you can complete the offering at Skald’s Rest altar in Dublin. 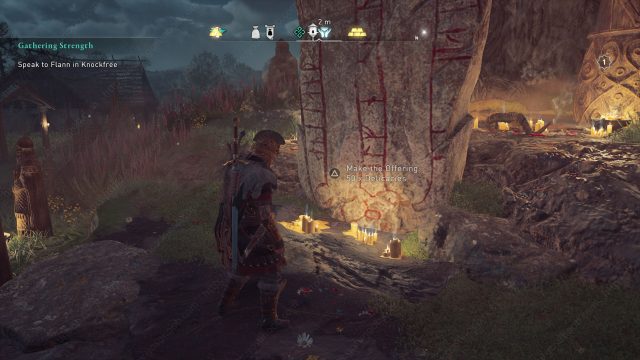 How to get delicacies for the Skald’s Rest altar Dublin Mysteries?

Delicacies are a special type of currency you’re going to get from the new trading post activity in Wrath of the Druids. They can also be found in the open world in chests. Main source of delicacies in AC Valhalla Wrath of the Druids is from trading posts and Azar’s trade chest in Dublin. Pigeon coops POI has made a return in this DLC and brings back its repeatable royal demands quests. Reward for these quests can be delicacies as well. To start getting delicacies from trade you’ll have to build up Rathdown first. This is a quest of its own. Afterwards you need to capture a trade post that holds this commodity. You’re set to go afterwards. 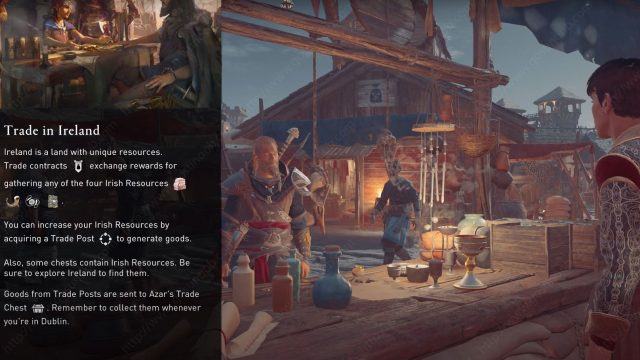 You get just a few delicacies from open world chests. Once you capture a trade post with delicacies you generate this resource over time and it is stored in Azar’s trade chest. This takes a bit more time, but can net all 50 in one go. Lastly, pigeon coop mission can net anywhere between 15 and 20 per go. For those of you more action inclined this might be the best route. 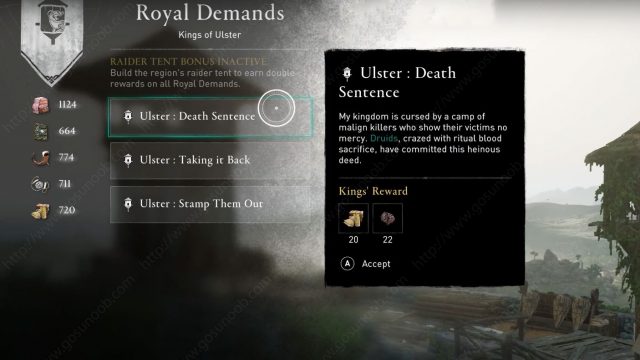