Templebrough Fort is a fortress in Assassin’s Creed Valhalla. It’s a place you’ll visit during one of the Ledecestre story quests, and there’s an abundance of wealth in it. There’s a book of knowledge, a piece of gear, several carbon ingots and some chests. Some of them area easy to reach, but others require some effort. If you’re having trouble getting any of them, this guide will show you all AC Valhalla Templebrough Fort wealth locations.

How to open red door in Templebrough fort?

The red door leading to the chest in the basement can be opened only from the inside. This can be done when you get The Walls of Templebrough quest – enter from the above, then take the stairs down to the basement. You’ll find Lady Aetelswith down there, and once she calls for the guards, the big red door will open.

There are three carbon ingots at Templebrough Fort. Two of them are held by soldiers – one by the arbalist up on the walkway overlooking the courtyard in the west, the other by the pikeman down by the gate in the east. The third one is on top of the castle – scale the walls, and you’ll find it in a chest by a tree.

The book of knowledge is in the room full of guards in the castle itself. You can use the chandelier to deal with some of them, then fight the rest. You’ll get the Piercing Shot ability from it. 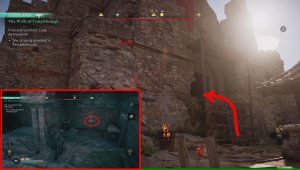 Where to find chests in Templebrough fort?

There are two chests with materials in the area. The one is in the small courtyard behind the castle – you can’t miss it, it’s by the cart. 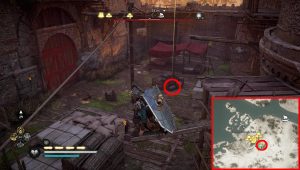 The other chest is in the basement, behind the big red door. You can access the basement during the Walls of Templebrough mission, by going down the stairs from the guard room with the ability book. You’ll need to shoot the red clay pots through the bars in order to break the wall and get inside.

How to get armor in Templebrough fort?

The armor piece is in the building by the water. Climb inside from the parapet, then shoot the hook to drop the wooden beams and open up a hole. Drop down and you’ll find the chest with the Huntsman Cloak. 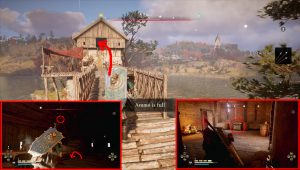 Now when Google Stadia is shutting down, you are probably wondering if you will be…

Terraria Shimmer Liquid, How to Get & Use

If you don’t know how to get and use Shimmer Liquid in Terraria, the new…

Clah Royale is the spin-off of Clash of Clans. A combination of card game, tower…