There are three different endings you can get in Bloodborne. One of them is bad, the other is good, and the third one is being referred to as the true ending by some people.
▼Article Continues Below▼
In this guide, we’ll show you how to get all three endings, which items you need and what trophies they unlock. 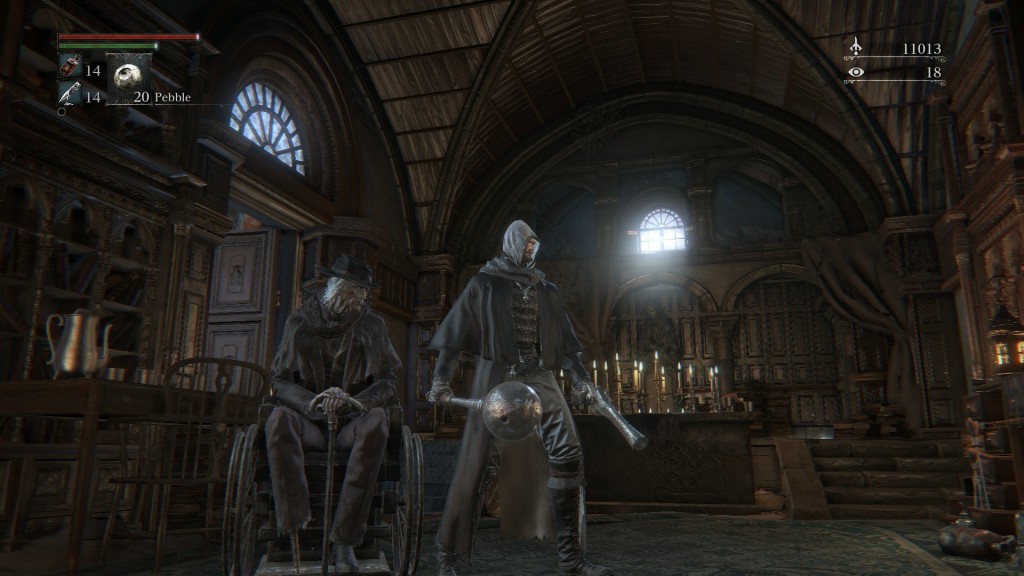 This is the bad one. When Gehrman offers to free you from the Hunter’s Dream, accept his offer. The game will end with a cutscene, and you’ll receive the Yharnam Sunrise gold trophy.

The second one is (somewhat) good. Decline Gehrman’s offer, and you’ll get the chance to fight him. Suddenly, he’s no longer so old and frail. When you defeat him, you’ll get to watch a cutscene, and the Honoring Wishes trophy will unlock.

This one is definitely the hardest to get, but it’s also the most exciting. In order to get it, you’ll need to find three items called One Third Of Umbilical Cord, use them, then refuse Gehrman’s offer and fight him. After you’ve defeated him, you’ll have to fight another boss – Moon Presence. When you defeat her, the final cutscene will play and you’ll be rewarded with the Childhood’s Beginning trophy.

Where To Find One Third Of Umbilical Cord

There are four of them in the game, so you have some leeway – you can miss one and still get the third ending.Detailed guide on How To Find One Third Of Umbilical Cord coming soon.

We’ve heard a rumor about how it’s possible to get all three endings in one playthrough, but we haven’t been able to confirm it. Supposedly, if you upload your save file to PS Plus cloud or an USB drive before you talk to Gehrman, you’ll be able to download it and reload at that point after you get each ending. This way, you’ll get all three trophies without having to beat the game three times. It’s just speculation though, since we haven’t tried it out ourselves.