On the Blood Path is a level 22 side mission in Borderlands 3. In it, you have to find an escaped gang member called Holder and help his old boss Ramsden punish him for his transgressions. It’s a pretty straightforward thing, right up until the end. When you reach the final scenes of the mission, you’ll get to choose whether you want to side with Holder, or open the door for Ramsden. Depending on what you choose, you’ll get different rewards. If you’re interested in what those rewards are, keep reading our Borderlands 3 On The Blood Path guide.

If you side with Holder, you’ll have to kill Ramsden and his Fingerbiters. After the fight is over, Holder will give you his shield, because he won’t need it anymore. It’s an epic shield called the Unpaler. Ours had the Brawler prefix, which allowed us to do +180% melee damage when the shield was depleted. 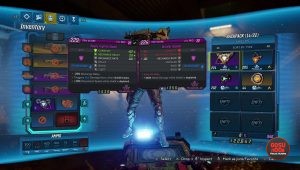 Open the door for Ramsden

If you choose to help Ramsden, you’ll have to kill Holder and the rest of the Shanks protecting him. After it’s done, Ramsden will give you Holder’s shotgun – the one he stole from your employer. It’s a rare shotgun called Fingerbiter. Ours was the Iron-Willed variant, and it had increased reload speed, zoom, damage and critical hit damage. It’s also a pretty gun – it has a purple skin and a blade at the tip of the stock. 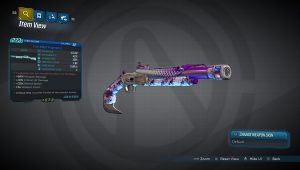 So basically, the choice won’t affect the wider story, only the participants. The difference in rewards is the only thing that you should take into account when making it – the shield was worse than the one we already use, but maybe for you it won’t be. Or maybe you don’t enjoy using shotguns. Now you have all the details, and you can make an informed choice.