There are a handful of new exotic weapons in Destiny 2: Shadowkeep, and there’s something to everyone’s taste. There are hand cannons, bows, rocket launchers, fusion rifles, and more. You’ll probably want to get your hands on all of them, because this is Destiny. Some are random drops you’ll have to farm for, while others can be obtained only through long and arduous exotic quests. If you’re wondering what exactly are the new Destiny 2 Shadowkeep exotic weapons, what they look like or how to get them, you’re in the right place.

Monte Carlo is an elegant auto rifle with a bayonet. Its perks make it a great fit for anyone who likes to rely on melee attacks. The intrinsic perk reduces your melee cooldown when you do damage with this weapon, with a chance to fully recharge it with every kill. There’s also a trait that makes melee kills increase the auto rifle’s damage, which also refills your ammo when you perform melee kills. 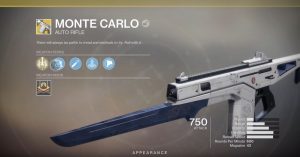 The Deathbringer is a rocket launcher whose rockets you can remotely detonate. Once you do, they spill a bunch of void orbs onto their unsuspecting victims. The damage of the orbs increases with the distance they travel to the ground. In order to get it, you’ll have to complete the Symphony of Death quest, which unlocks after you complete the story. 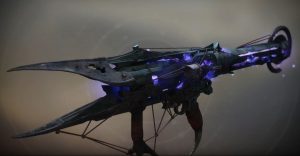 For a lot of folks, this is the first exotic they’ll get in Shadowkeep. Eriana’s Vow is a season pass rank reward – available immediately to premium players, while free users have to beef up their rank in order to unlock. It’s a hand cannon with a scope, and it shoots piercing bullets. It does bonus damage on the shot that starts the fight if you use the scope for it. If you manage to do precision damage or hit an elemental shield, the bonus is preserved for the next shot as well. 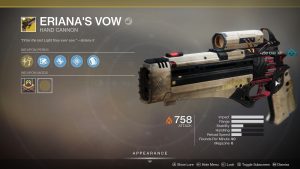 Divinity is a trace rifle that can cast a debuff on enemies if you damage them with it long enough. The debuff is called Judgement, and it weakens and disrupts them. If they spend enough time with the debuff applied, enemies suffer a burst of damage. We only know of this one thanks to data miners, so we have no idea how to get it. 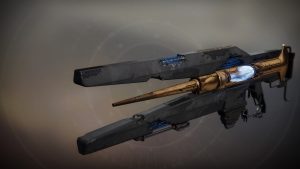 The Xenophage is a machine gun that fires explosive rounds. If you choose to aim it, you’ll increase its effective range – it’s a strange idea, a long range machine gun. It’s supposed to come from a quest that isn’t in the game yet, but will be added near the end of October. 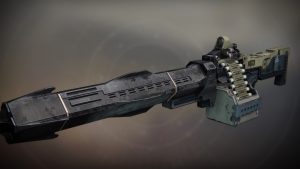 Leviathan’s Breath is a bow that shoots heavy bolts that can stagger enemies that don’t have a shield. The description claims it’s good against Unstoppable Champions. When you draw the string fully, the bolt will knock back enemies in a radius around the place it hits. This one’s also data mined, so we don’t really know how to get it. 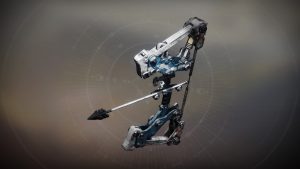