Rise of Iron is the upcoming expansion for Destiny. It’s supposed to launch near the end of September, and it’s going to be pretty sizeable, according to the developers. There’s going to be a new social space, new strikes and a raid, a bunch of fresh gear and more. If you’re interested to find out more, look no further – here’s everything we know about Destiny: Rise of Iron. 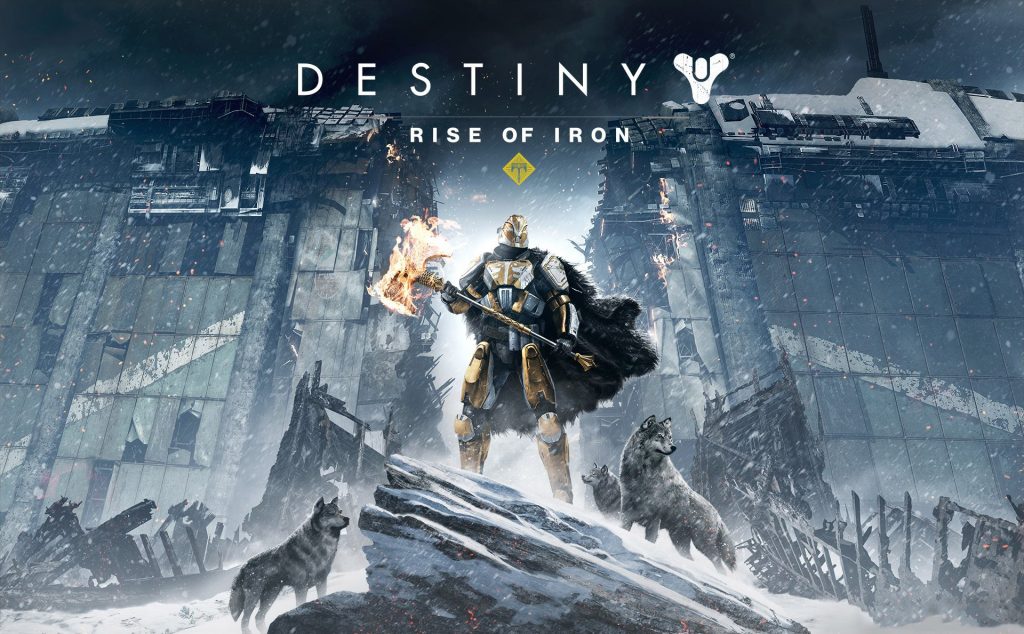 Rise of Iron takes place after The Taken King. It revolves around Lord Saladin and his quarrel with the House of Devils. Long ago, the Iron Lords fought against a nanotech virus called SIVA, sacrificing themselves to banish it into the caves under Old Russia. A house of the Fallen had discovered it decades later, and started using it to merge with machines and become more powerful. They’ve broken through Earth’s crust, and SIVA is now a tangible threat again.


Players will have to help Saladin contain the threat once again, starting by recapturing Felwinter Peak, the old home of the Iron Lords. The hall will serve as a new social space – a place to trade, pick up bounties and missions, or simply hang out with other Guardians.

New Gear in Rise of Iron

What we’ve seen so far suggests there will be at least three armor sets – one for each class. The warlock will be getting an Iron Lord set – lots of steel and fur, with a large crest on the chest. The hunters can look forward to a Trial of Osiris themed suit with a cat vibe – sleek curves, a silhouette of a cat on the cape, with pieces painted in gold and dark blue. Only the Titan will receive a SIVA modified costume, with sharp angles between red and black plates.

When it comes to weapons and equipment, there will be at least one new Ghost and a multitude of rifles and pistols. There will be new exotic weapons as well, although nothing has been said about them.

The Gjallarhorn will make a return – one of the quests will let you craft a new and improved version of everyone’s favorite rocket launcher, while those who preorder the expansion will get a special black-and-silver skin for it.

Activities in Rise of Iron

You can expect new missions related to the story, new patrol activities in the Plaguelands (the new zone), one strike and one raid. There’s little info about the six-player raid – it will be themed around the House of Devils (lots of Devil Splicer enemies), take place in Old Russia, and will probably be the last story-related activity in the expansion. It’s called Wrath of The Machine, and it’s going to go live on September 23rd.

There will be a new Strike, called The Wretched Eye, set in the new area. The Devil’s Lair and The Summoning Pits will be updated to fit into the new story. Crucible is also getting an update. A new game mode has been confirmed, called Supremacy. It will be played in teams of six. When you kill a player, they’ll drop an item. When you collect it, you score a point. When you collect an allies dropped item, you stop the enemy from scoring.

There will be four new maps in the Crucible as well, although one is a Playstation exclusive. The Last Exit is set on Venus, in an abandoned subway station. Floating Gardens will take you to a Vex shrine on Venus. Skyline will be set in the Buried City on Mars. Icarus will take place on Mercury – that’s the one only PS users will get to enjoy.

There will be a bunch of new shinies to collect in the upcoming expansion. Bungie has already added a bunch of Dead Ghosts on Crucible maps, to let you warm up for the hunt. Thanks to a glitch in the game, a single new Rise of Iron Ghost Fragment has been obtainable before its time.

Calcified Fragments haven’t been confirmed yet, but there’s still hope. We’ll be getting a new kind of collectible for sure, though. They’re called Dormant Siva Fragments, and we have no idea what they do.

New Locations in Rise of Iron

There will be three large new locations in the add-on. The first is Felwinter Peak, the new social space. Aside from doing the usual social area stuff, you’ll also have the chance to solve the Felwinter Peak Jumping Puzzle, which will reward you with a SIVA cluster and a breathtaking view. There will also be new patrol areas, like the Plaguelands and The Wall. Both will be littered with quests and other things to do.

In the end, some bad news: Bungie has decided to stop supporting the Xbox 360 and Playstation 3 versions of the game, due to increasing technical difficulties. This means last gen consoles won’t be getting Rise of The Iron, but that’s not all – they’ll also lose access to live events, ways to obtain Silver and more. The cut-off is going happen sometime in August. The developers have hinted they’re working on a way to ease the transition to newer consoles for such players, but it’s all still in the realm of talk.

Destiny: Rise of Iron is going to be released on September 20th, on Playstation 4 and Xbox One.

PREVIOUS POSTHow to get Dimer Badge in NBA 2K17