If you are wondering why Elden Ring Bloodstains are not working, you are not the only one. Bloodstains, a staple mechanic from the Souls series, is back in Elden Ring. Bloodstains are small puddles of blood left behind in a players’ place of death. Upon interacting with them, you’ll be able to see the death of that player. It’s a really cool mechanic, but a number of players are reporting that they can not interact with Bloodstains at the moment. Read on to find out what we know about the Bloodstains bug. 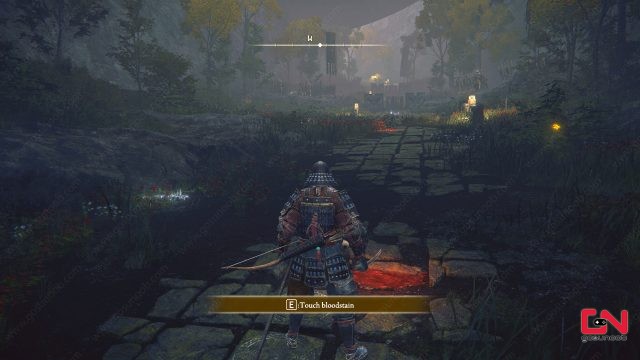 Bloodstains recreate the deaths of other players

Elden Ring’s Bloodstains work just like those in Souls games. You see a red smear on the ground, and press “E” to touch and interact with it. This should trigger a phantom to appear and show the death of that player right there where you are viewing that Bloodstain. This is both a cool and useful feature, as you will be able to see other people’s deaths, but also to be warned about a dangerous area, if there’s a lot of Bloodstains around.

Unfortunately, many players are currently unable to interact with Bloodstains in Elden Ring. They press the button to “touch” a Bloodstain, but nothing happens, and the phantom doesn’t appear. It seems that this problem is currently widespread at Elden Ring’s launch. Players on Steam, Reddit, and other forums are reporting about the same issue. There are two reasons why Bloodstains are not working in Elden Ring at the moment.

The first one is that it is still too early for the feature to start working normally. The exact same issue with Bloodstains occurred when Dark Souls 3 launched. The second reason is that the servers are overcrowded at the moment, and Bloodstains are an online feature. Servers are simply overloaded and are unable to process deaths normally and show you phantoms with the exact deaths of other players. Thus, we expect them to start working normally in a couple of days when the servers stabilize.

NEXT POSTElden Ring Online Not Working, No Summon Signs