Just like all Souls games, Elden Ring comes with an elaborate online component. This allows for a variety of interactions with other people online. You can see other people’s deaths with Bloodstains, leave messages for other players to read, and even summon them to join or battle you. You can use a Furlcalling Finger Remedy to see nearby Summon Signs. Interact with them to invite other players into your world. Unfortunately, many players are reporting that they can’t see Summon Signs in Elden Ring, even after using a Furlcalling Finger Remedy. This strongly implies that Elden Ring online is not working as it should. Here’s what we know about it. 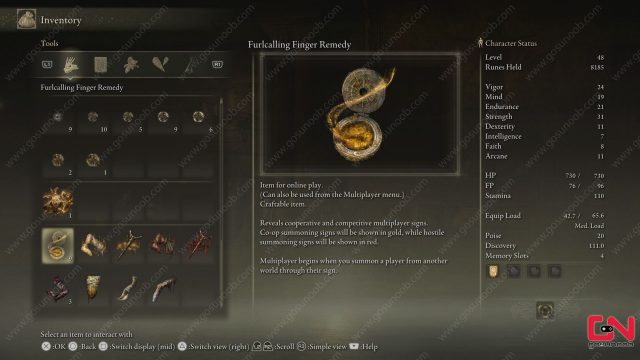 Are Elden Ring servers down?

At the moment, no one is exactly sure why is Elden Ring online causing issues. There are reports of Summon Signs randomly appearing and then disappearing, while many players are receiving the “Unable to summon cooperator” messages when trying to interact with Summon Signs. Even friends, with a multiplayer password, are having problems locating their friend’s Summon Sign. Apparently, some players claim that Gold (co-op) Summon Signs can only work near boss areas, but we can not confirm this claim at this point.

The most likely issue is that Elden Ring online servers are overcrowded with an avalanche of players rushing to play the game at launch. The best advice we can currently give you is to enjoy Elden Ring solo for a couple of days. In the meantime, FromSoftware will probably release a couple of hotfixes that might fix this issue. Also, there will be fewer players, which will alleviate the pressure on servers, thus allowing Elden Ring online to work normally.

NEXT POSTElden Ring How to Gesture & Use Emote