Elden Ring is out on all platforms, including on PC via Steam, and computer players are having problems with basic PC controls, like how to open the map. The thing is that the game shows tips for certain game elements, but it sometimes shows tips for using the controller, although you’re playing with keyboard and mouse. Besides, who reads tips anymore? Elden Ring PC Controls are a bit awkward to say the least. They are not what PC players are used to. To help alleviate some pain we’ve compiled this article. It contains both commands shown in key bindings and those in tips. We hope this helps with Elden Ring PC controls and answers questions like how to open the map and how to run. 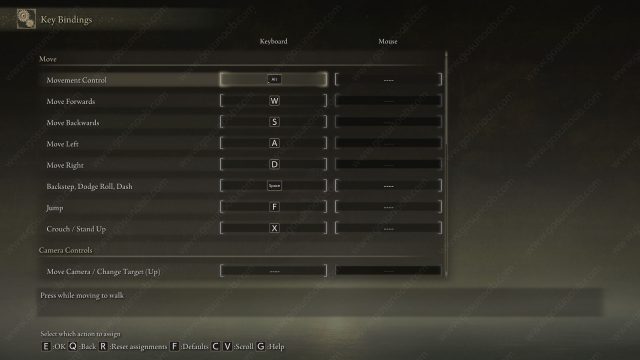 How to Open the Map on PC in Elden Ring

To open the map in Elden Ring on PC you have to press the letter G. In the history of PC games it was always M that opens the map or sometimes TAB. From Software decided that G is the key for this. Furthermore they don’t let you change this in key bindings screen. Dark Souls games were always a pain to play on the PC because of this. It takes a while to get used to the key layout and commands. Unfortunately, Elden ring is no exception. PErhaps they’ll improve it with a patch or a mod by the community. 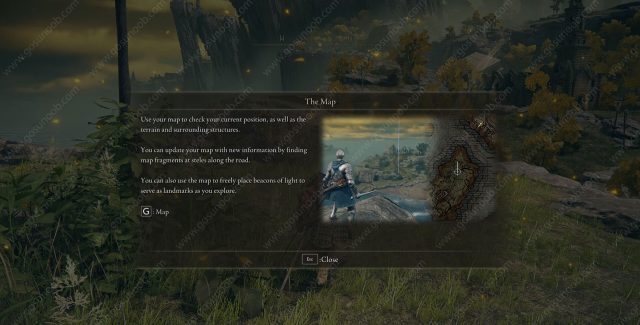 Elden Ring PC Controls How to Open the Map on PC

At the beginning of the game you go through Cave of Knowledge. This is the tutorial area. During it you’ll get a bunch of on-screen tips. Each will contain a keyboard and mouse combinations needed to perform a certain action. Try and memorize these. If, by any chance, the tips you get are showing Xbox controller buttons you need to press here’s the solution. Press ESC and click on System in the lower left of the screen. Click on the sound and display tab, which is the third icon from the left. Change the option Device for On-Screen Prompts from controller to keyboard and mouse. Tips will show keyboard commands from then on. 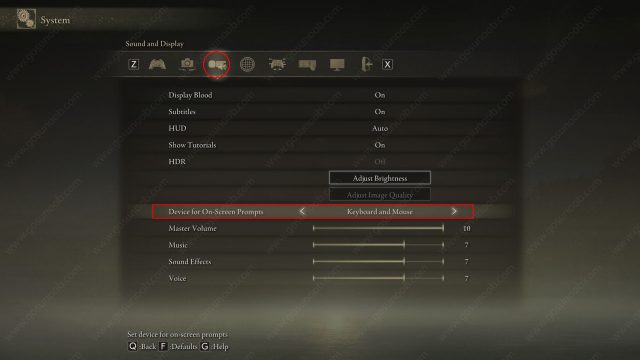 How to run, jump and hold 2H weapon in Elden Ring?

Here’s some common commands you’ll be using often that can be missed if you don’t read tips.

Here’s a table containing all Elden Ring PC Controls. This compiles both those you can change in key binding and those we picked up in tips.

NEXT POSTElden Ring Bloodstains Not Working