Want to know when will the Elden Ring DLC come out? Ever since its release in February 2022, Elden Ring has been one of the most talked-about games of the current generation of consoles. A smash hit with over 17 million units sold as of September 2022, Elden Ring is without a doubt an overwhelming favourite to win the GOTY award in 2022. Fans are already hungry for more content, and thus many want to know about the Elden Ring DLC release date. In this guide, we talk about news and rumours regarding the DLC. When the DLC might be announced and released, what content to expect, and more. 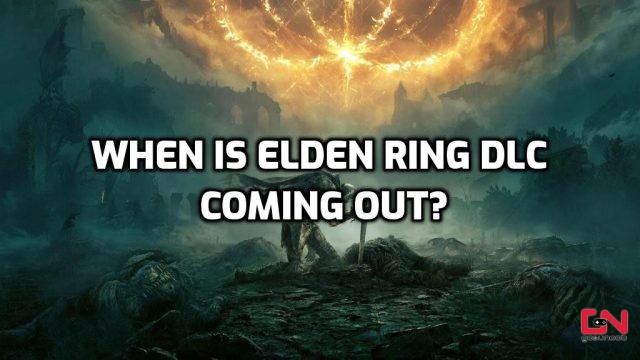 When will Elden Ring DLC be released?

Let’s make one thing clear first. At the time of writing, not a single DLC for Elden Ring has been officially announced. Thus, in this article, we only speculate and make educated guesses based on FromSoftware’s previous release schedule for past games’ DLCs. Below, we break down the time that passed between each FromSoftware game and their corresponding first expansions/DLCs.

The longest wait for the first DLC was for Artorias of the Abyss, which came out 13 months after Dark Souls. That would put the first Elden Ring DLC in March 2023. And that seems like a reasonable date for the first DLC. FromSoftware will want to deliver quality and a proper fully-fledged expansion (not a small DLC), and that takes time and resources. Thus, our final estimation is the annocument of the Elden Ring DLC during The Game Awards 2022 (December) and the release in February/March 2023.

As we’ve already mentioned, FromSoftware and Bandai Namco are yet to officially announce DLCs for Elden Ring. Thus, for now, all we have are rumours and leaks. The strongest leak we currently have surfaced a couple of months ago. Allegedly, the first Elden Ring DLC will be called Barbarians of the Badlands. And, according to that leak, the DLC is slated for release in the third quarter of Fiscal Year 2023. Q3 FY 2023 includes January, February, and March 2023. This aligns with our estimations of the release date.

This leak comes from Bandai Namco’s reported ransomware attack back in July 2022. Thus, information from that leak can not be confirmed and it should be taken with a grain of salt. However, that’s currently all we have. Furthermore, Badlands is a location already mentioned in the game. Which further added to the legitimacy of the leak. For now, that’s all we know about the Elden Ring DLC release date and name. Nonetheless, we will make sure to update the article with any new news and rumours.