Elden Ring Incantations are a type of magic that you will find during your adventures in the Lands Between. These spells can be found hidden around the world, and they can be obtained from various merchants which will gladly sell you all kinds of Incantations for the right price. The problem is, many mechanics are not explained in the game, and players are not sure how to use Incantations in Elden Ring when they first acquire them. Worry not, as this guide will explain everything you need to know. 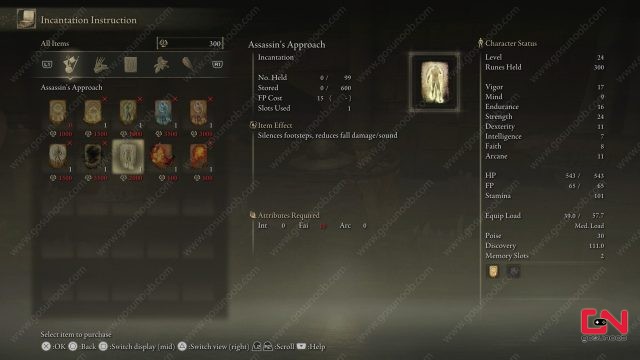 How Incantations work in Elden Ring?

How to Cast Incantations in Elden Ring?

The Clawmark Seal is a Sacred Seal, which is a default weapon when you play as the Prophet class. Otherwise, you can purchase it from Gatekeeper Gostoc if you want to start casting Incantations as soon as possible. Another Sacred Seal is the Finger Seal, part of the starting gear of the Confessor and Prophet Classes. Alternatively, you can purchase it from Enia at the Roundtable Hold. It will cost you 800 Runes.

The Godslayer’s Seal doesn’t come as a starting Sacred Seal for any of the classes. Instead, you can find it at Stormveil Castle. The last Sacred Seal we know about is the Golden Order Seal.To be perfectly honest with you, we’re still not sure where to find this one. As we learn about more Sacred Seals in the Lands Between, we’ll add them to this article. With that said, that’s all you need to know about how to use Incantations.

NEXT POSTElden Ring PC Controls, How to Open Map on PC