The Elden Ring glowing statue is teasing players. They know something is inside, but they don’t know how to break the statue with the white light. If you have encountered one of these, for example, the shining statue at Stormveil Castle’s Liftside Chamber courtyard, but don’t know what to do with them, we’ve got you covered. Read on to find out how to break the Elden Ring shining statue in Stormveil Castle. 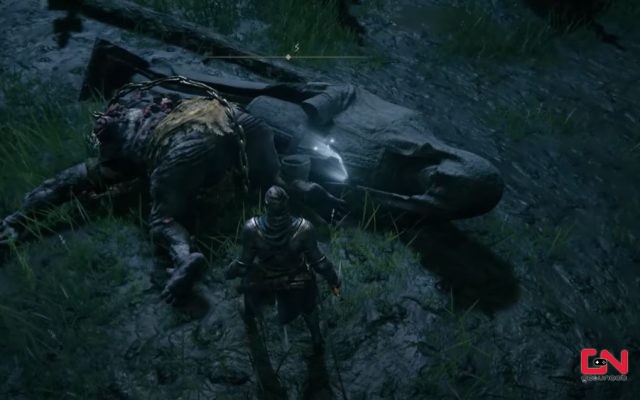 Elden Ring How to Break Glowing Statue in Stormveil Castle

If you want to break the Elden Ring glowing statue in Stormveil Castle, you’ll need a bit of help from your enemies. The shining crack statue is located in the Liftside Chamber area. In order to get the items inside, you’ll need to break the stone statue, but you can not do it alone. Instead, what you need to do is to lure one of the giants which are roaming through the courtyard to break it for you.

The Giant can be found near the Secluded Cell lost grace in Stormveil Castle. Approach the Giant carefully until you get its attention. Once the Giant spots you, he’ll stop kneeling and will let out a terrifying howl. That’s the sign for you to run! Run away from the giant and lead it back to the shining white statue. Just pass near the glowing statue on the ground, and stand on the opposite side. In this scenario, the glowing statue will be between you and the Giant. The Giant will dive towards you and run over the glowing statue, breaking it in the process.

Once the glowing statue is broken, you can safely kill the giant. Upon killing him, you can also pick up a Golden Seed nearby. From the statue itself, you get a couple of Smithing Stones. With that said, our guide about the Elden Ring glowing statue in Stormveil Castle is complete.

PREVIOUS POSTElden Ring Lanya & Diallos Quest, Manor on the Peak, West from the Town of Windmills