How to fix Unable to Summon Cooperator in Elden Ring is something many players are desperately trying to figure out. Like most FromSoftware games, playing Elden Ring with other players is a great experience – having more than one is double the fun! But Elden Ring co-op is not working smoothly since launch, with players reporting Easy Anti-Cheat problems, unstable servers, Summon Signs not appearing, and other issues. One especially persistent problem is the “Unable to Summon Cooperator” message when you try to use the signs. Read on to learn what we know about it. 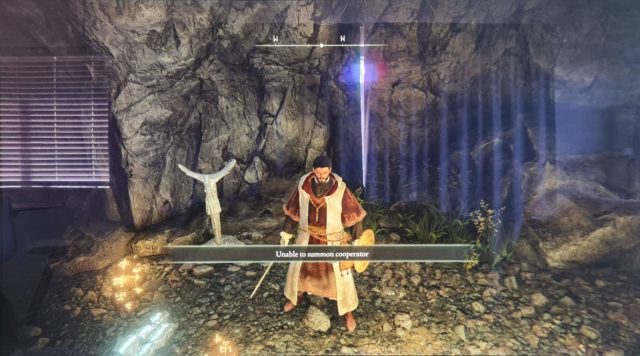 How to fix Unable to Summon Cooperator in Elden Ring

Note that the actions listed above are not a solution to fix the “Unable to Summon Cooperator” issue, rather just a procedure to make sure that everything is fine on your side. If your internet is working fine, then why is this message keep happening? The answer is rather simple. At the moment, millions of people are playing Elden Ring simultaneously on Steam, PS4, PS5, Xbox One, and Xbox Series X/S. And they all want to summon other players to aid them against tough bosses.

The “Unable to Summon Cooperator” message appears because players get summoned almost instantly when they drop a sign. The message means that someone else has already summoned that player before you. Thus, that sign is no longer available for you to summon. Because of overcrowded servers at launch, the best solution not to get the “Unable to Summon Cooperator” message is to be really fast before other players snag a sign. Be quick and you might get lucky to finally summon a player to join you in battle.