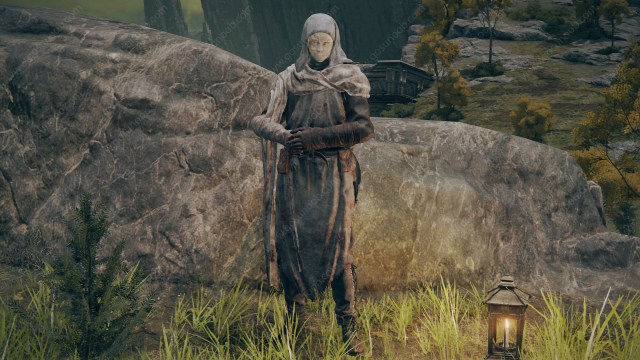 In later parts of the game, White-Faced Varre can be found standing outside the entrance of the Rose Church. The ruins of the Rose Church are an island-like location amidst a swampy area in the Liurnia of the Lakes region. These Liurnia marshes are easily traversable by foot or on a horse, by you probably already know this, as you’ve come here expecting to meet White-Faced Varre, but he is not there.

As with many missing things in Elden Ring, there’s no consensus on how to fix it. If White-Faced Varre is not appearing at the Rose Church, there are a few possible solutions. First thing first, you’ll need to defeat Godrick the Grafted and visit the Roundtable Hold at least once. That’s a must, but some players report that this didn’t make Elden Ring White-Faced Varre appear at the Rose Church. Some players report that the issue was fixed by talking with Enia, the Finger Reader at Roundtable Hold. She can be found inside the room with the Two Fingers. Talk with her after defeating Godrick, and see if that helps

If White-Faced Varre is still not at the Rose Church, then try beating Radahn and then talking with Enia. And if even this doesn’t solve the issue, try going back to the First Step site of grace and see if he is maybe still there. If he’s there talk to him and see if that will trigger him appearing at the Rose Church. Finally, try restarting the game or visiting the church at different times to see if that will make him appear.

NEXT POSTElden Ring Prayerbook, Who to Give Prayerbook to After Corhyn Leaves