Some new information about Automatron, the first Fallout 4 DLC, has surfaced. We’ve decided to compile all the info we have on the add-on and put it in one place, for your convenience. The add-on will be released during March this year, with a price tag of $10. If you’re a season pass owner, you’ll get it for free. 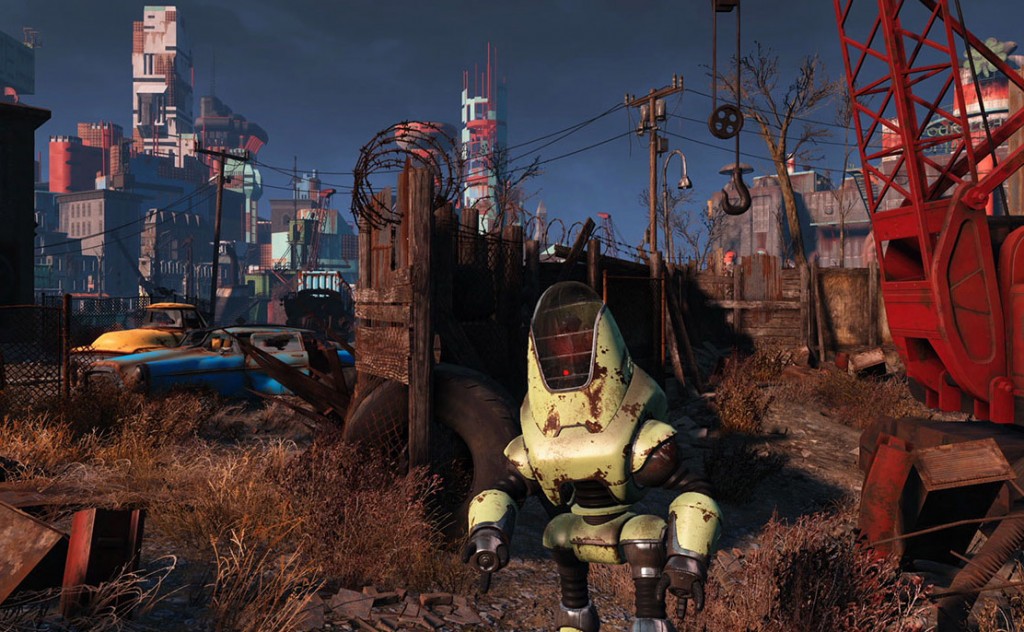 It will introduce a fresh new bad guy, controlling an army of robots. It will include a quest chain devoted to them, and you’ll get the ability to tinker under robots’ hoods. Robot mods are becoming a reality, and there will be a whole new meta-game of collecting parts and mods, improving your robots and customizing their appearance. There will also be new achievements.

Here’s what Todd Howard had to say about it in a recent interview:

The first one, Automatron, has a little quest line and this Pokémon-esque ‘kill robots, get their parts, build your own’ [thing]. The robot building is really deep. It’s great.

The precise release date will only be unveiled close to launch, but there’ll be a closed beta before that. The release will be simultaneous across all platforms.