You can shoot with bazooka in FFXV Episode Prompto, which is coming out on 27th June, 2017 on all platforms worldwide. I don’t think there is more you need to know in order to get excited for it. If you still want more, though, here is some of the information that we’ve picked out of the Episode Prompto extra gameplay footage.

We can guess that the trailer kicks off at the start of the episode. Prompto finds himself inside a facility, presumably Zegnautus Keep from the main game’s Chapter 13. The new outfit is looking nice on Prompto. You might remember this outfit from the various showcases of this episode. There is one at the start of the Guest Composer Trailer. If you listen carefully, you can hear just for a bit the theme song that is a work of composer Naoshi Mizuta, who worked on games like Final Fantasy XI and XIII-2. It really sounds amazing.

It’s going to be interesting to find out how Prompto got himself here. At the start of the video, as soon as he goes through the first door, he says: “Was he telling the truth about this place?” as he gazes upon the enemy soldiers in the distance. My feeling is that Ardyn Izunia lead him in, in a faked attempt to help Noctis in some way, but we’ll see… 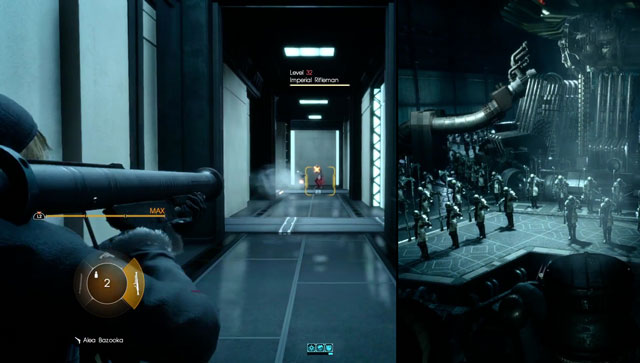 Here’s some of the information we’ve managed to gather from the video.

In the end, it feels like we can’t escape some of the elements of Episode Gladiolus, such as the achievement for collecting all items, the Score Attack challenge and more.

This is not all that’s coming on June 27th. Players will also be happy to know that the free update will roll out somewhere around the same date. The free update will include Regalia Type-D, which you can drive off-road almost everywhere you want, Noctis’s “Cup Noodle Style” headgear, and more.

NEXT POSTIconoclasts Coming Soon, This Time For Real (Maybe)