How to Beat Gilgamesh Boss in Episode Gladiolus

Gilgamesh is certainly a formidable enemy, but the fight strategies aren’t really that complex. There are a few ways you can approach this battle, and it’s really up to you to choose how you’ll deal with the boss. However, there are two tips that are pretty much universal in this fight.

The first tip is, when Gilgamesh starts glowing red, run or dodge away from him. You can’t block his attacks while he glows red, and those attacks can hurt a lot. Second tip: don’t forget to heal. All those items that you’ve collected by now? Use as many as you need. In case you haven’t collected enough items, check out our Episode Gladiolus All Item Locations guide. This will also unlock a trophy.

One strategy that we used to defeat Gilgamesh was to use blocks and parries. Blocking raises your Rage Meter, so that your attacks have more power. Also, when the opportunity presents itself, use you Glaive Arts to inflict real damage. Remember to heal as often as you need, and always dodge the red attacks.

The other strategy we used (and that turned out to be more effective on the whole) was to basically think Dark Souls. What you can do is dodge away from Gilgamesh, then dodge towards him, land one or two hits, then dodge away again. Rinse and repeat. It does take some time, but you should avoid taking too much damage this way. The same rules about red attacks and healing apply. Sooner or later, Gilgamesh will drop, and you’ll have beaten Episode Gladiolus DLC.

After you defeat Gilgamesh, and therefore beat the DLC, you’ll get several rewards. When the credits and final cutscene are over, you’ll get to see the Episode Prompto teaser. After that plays out, you find out which rewards you got. Here they are: 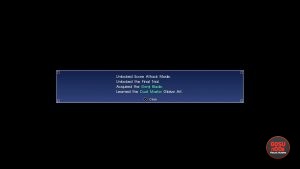 Playing Score Attack and Final trial unlock new achievements. Go to our FFXV Episode Gladiolus DLC Trophy guide for more information on what they are and how to unlock them.

How to Transfer Genji Blade to FFXV Main Game

Fortunately, there’s no particular set of steps you need to complete in order to transfer the Genji Blade to the “vanilla” game. Simply start the main game, and the sword will be in your inventory under Greatswords. It’s Attack power is 426, and it boosts your HP significantly. And best of all, Noctis can use it as well, as you’ll see in the pictures below.

If you start a new game, the Genji Blade will still be in your inventory. So, if you want to take out some anger on early enemies, you sure can.