Noctis is a main character in FFXV. He is the one you control and take care of. He is not a typical hero, the smartest, strongest and always right. This somehow makes him more believable and easy to connect to. Although he is the main character in Final Fantasy XV, he is not always put in first place.

Noctis Lucis Caelum is his full name. He is the heir to the kingdom of Lucis, meant to replace his father King Regis. In FFXV he is accompanied with three of his friends, Gladiolus, Ignis and Prompto. Their destination was the imperial province of Tenebrae, where he was meant to marry Lady Lunafreya. This is not the first time the two of them interact.

During Noctis’s childhood he was a victim of a monster attack. Although he was saved by his father, the attack left some serious injuries. During his recovery he spent time with Lunafreya. During this short period he bonded with Luna. This brings us back to the future, where the connection between the two of them doesn’t make this a simple marriage.

Noctis’s personality is that of a shy, rebellious young man that likes to sleep. He dislikes the strict rules that are imposed to him as a prince. Nevertheless, he is protective of his friends and values their friendship.

Noctis can carry and use any type of weapon. In the heat of battle three weapons can be chosen with a click of a button. This is not Noctis’s true strength. He can use special abilities, only worthy of royal blood. Abilities like warp – throws a weapon and teleports to its end destination. Armiger Arsenal – a special ability that spawns royal arms around him, greatly enhancing his combat score.

The outfit you can see in the many trailers is not the only one Noctis can equip – it can be changed through character customization. This black outfit has a short-sleeved jacket with a t-shirt underneath. Short cropped trousers with red-soled boots. The outfits don’t serve only as a fashion showcase. They have certain helpful attributes that stand out in different occasions. 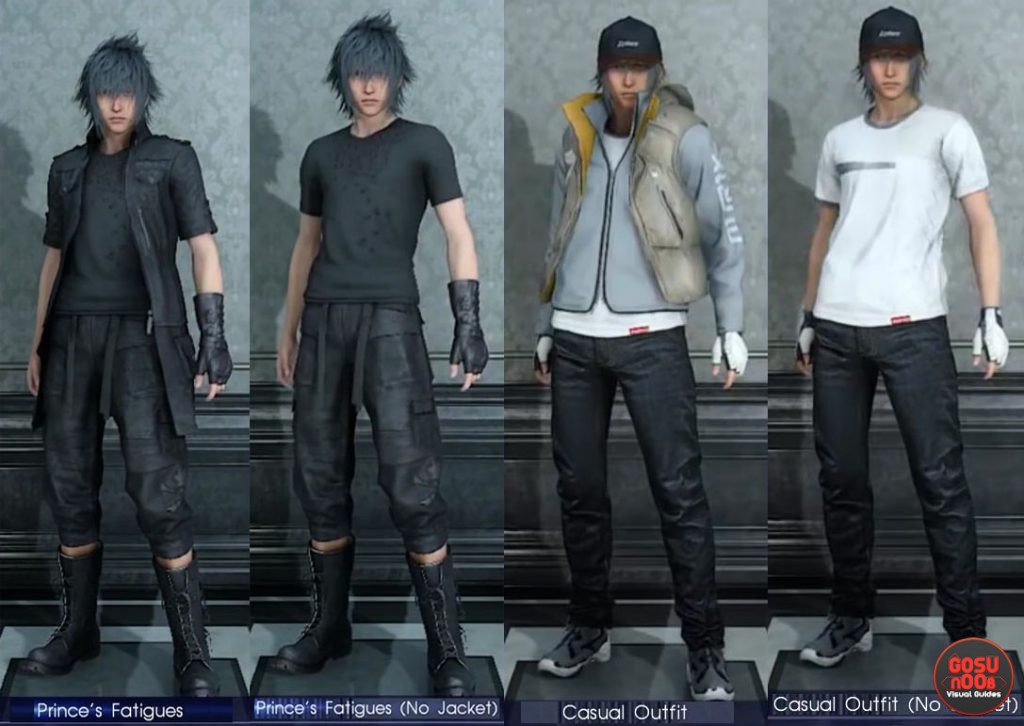 Noctis’s unique skill is fishing. There are ten ranks of his fishing skill. In order to level it up, you’ll have to find the fishing spots, and, well, fish. This unique skill provides fish for Ignis’s cooking. If you’ve invested points into certain ascension grid abilities, you can also gain AP and experience for catching fish. Not only that, but you can triple the items you get from fishing. 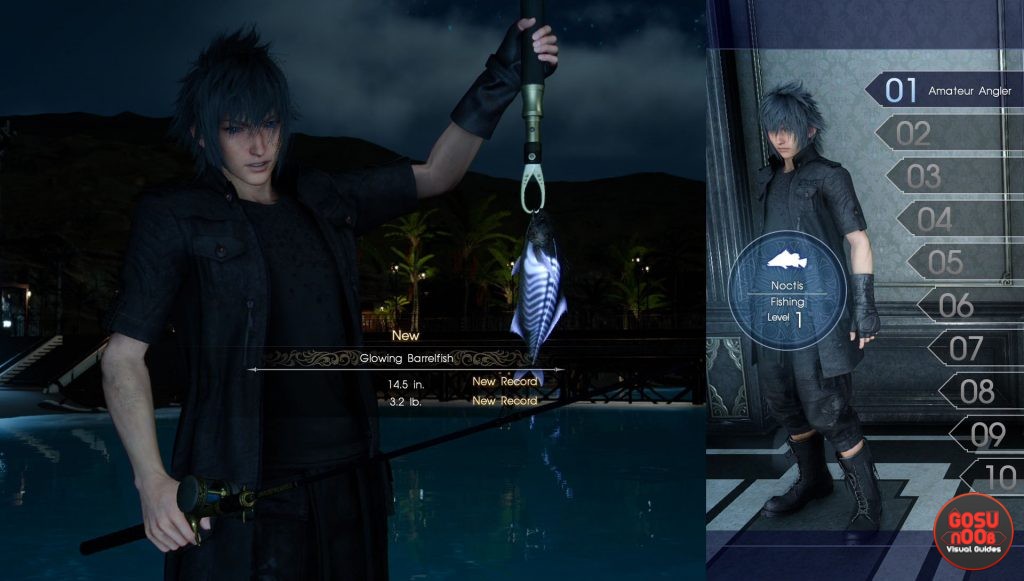 Noctis, unlike other characters in the game, has his own Ascension grid abilities. It is called Combat. Within this grid you can enhance Noctis’s combat abilities making him more powerful. They not only boost his raw damage, but also add some new moves. Abilities like Airstep allows him to step in midair after attacking, Airslip dodges enemy attacks in midair. 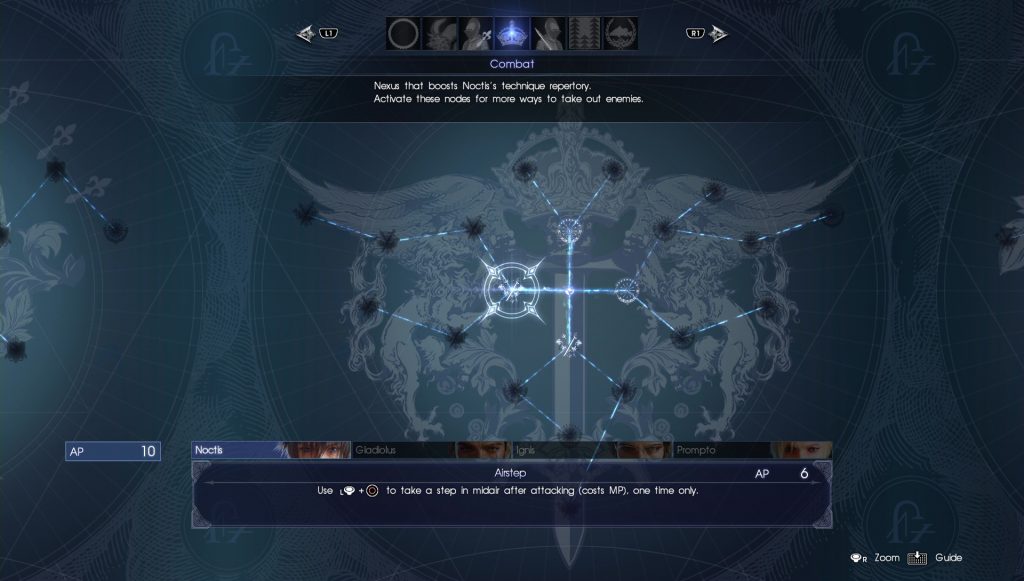 Combat ascension is not the only grid where Noctis is mentioned. He is found in every other grid in one way or the other. This is understandable as he is the main character, someone you play. Magic ascension is where you can absorb and craft more spells Noctis use. Stats is where you can increase his HP and MP, as well as equip him with more accessories. Exploration ascension gives him more AP and EXP when fishing. The Teamwork grid allows companions to help him out in the combat, by protecting him with the shield, or poisoning the enemy he attacks…