Just Cause 3 Multiplayer Mod, produced by nanons GbR, is set to go live on July 20, 2017, at 12 PM PDT. Everyone who owns the game on PC can expect to enjoy this new, eagerly-awaited addition.

At the end of 2016, after a year of long development, the first nanos GbR JC3MP beta went live. After its long beta stage, it went through many updates, with Update 0.9.9 from March 18th making changes to the server code. The live version, which goes live on July 20, is Version 1.0. 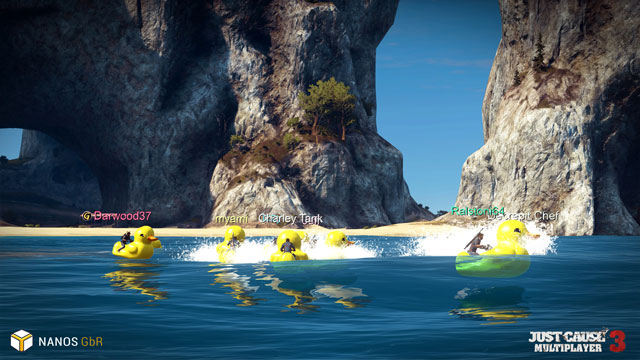 Some of the key features players can expect are:

We’ve had a lot of fun playing the game at its release. From finding Ancient Tombs, to Insula Fonte Rebel Shrine locations, driving Formula 1 or Verdeleon 3, it’s a blast.