Fortnite prepared for the start of Season 3 of its second chapter a couple of days ago with its “The Device” live event. The event ended with a huge wall of water surrounding the map. The wall played the role of the storm circle and players could enter it and swim in the water. The in-between period ended today with the launch of Fortnite Season 3. The new season brings a redesigned, half-flooded, map, that includes a plethora of new locations. 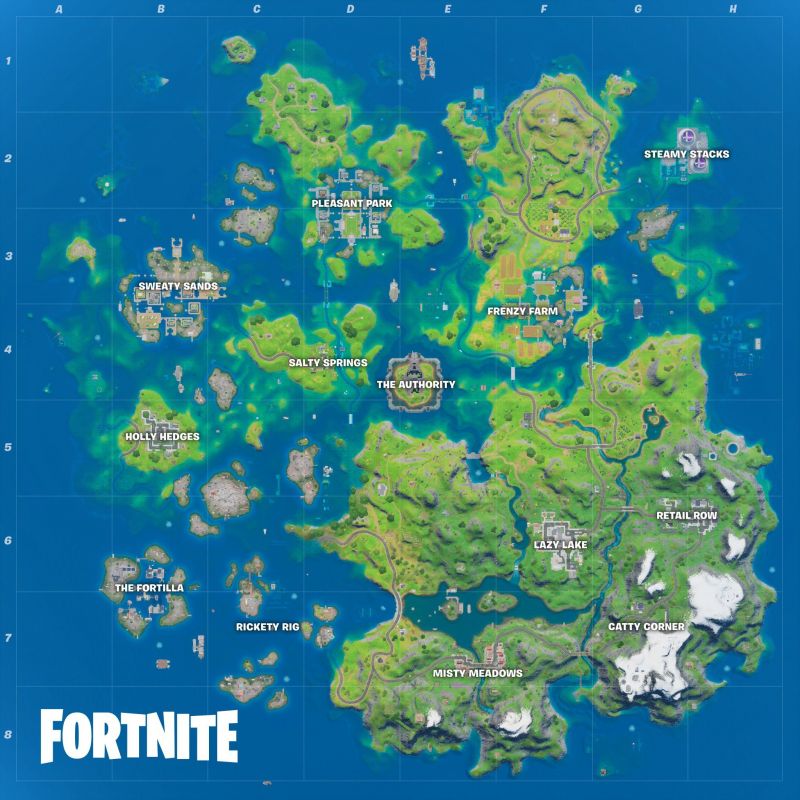 Fortnite Season 3 map looks great. The southeastern part of the map stayed relatively the same. It’s mostly solid ground, with mountains and the lake and rivers unchanged. But everything else is completely different. Small islands make the rest of the map, with broad waterways between them. The southwestern, swampy, part of the map is now made of tiny artificial islands dotted with shanty shacks. The rest of the map is made of larger islands that contain known and some new locations.

The new map requires new ways of transportation and the coolest one is sharks. Yes, you can now latch onto them with your fishing rod and ride them across the map. Sharks can jump and are pretty fast but watch out since they can eat you if you’re not careful. Fortnite Season 3 also brings new NPC enemies. Players will find Marauders all across the map. They are aggressive and will attack you on sight. The interesting thing about the new season is that the map will constantly change as time passes. Water will recede, revealing new locations and creating land bridges across islands. Also, players should get new vehicles as the water recedes, in the form of muscle cars and trucks. 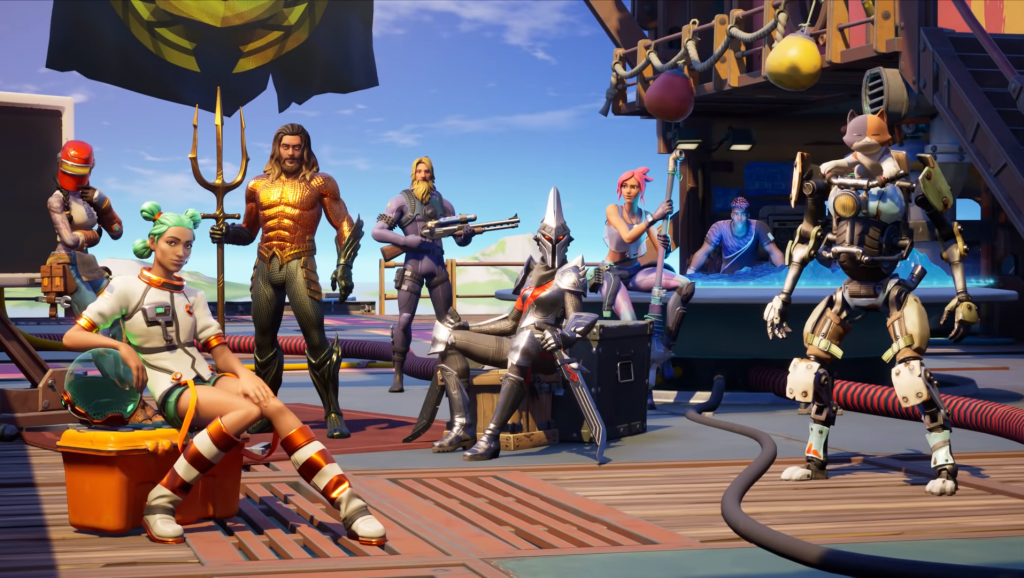 Finally, Fortnite Season 3 arrives with a brand new Battle Pass. The Pass includes a ton of rewards with standout skins including Jason Momoa in the form of Aquaman and Meowscles riding a mech. There are also lots of new challenges, cool new weapons, and many interesting skins.