Rhodes gunsmith basement captive is one of the side business robberies in Red Dead Redemption 2. Unlike the others, there’s little financial incentive to complete this one, but sheer curiosity will push you to investigate further. A lot of players have spotted the boy in the basement, being held prisoner and forced to wear a sailor suit. If you’re one of them, and you’re wondering how to rescue the boy, you’ll be happy to hear our Red Dead Redemption 2 Rhodes gunsmith basement prisoner guide will explain the whole thing. 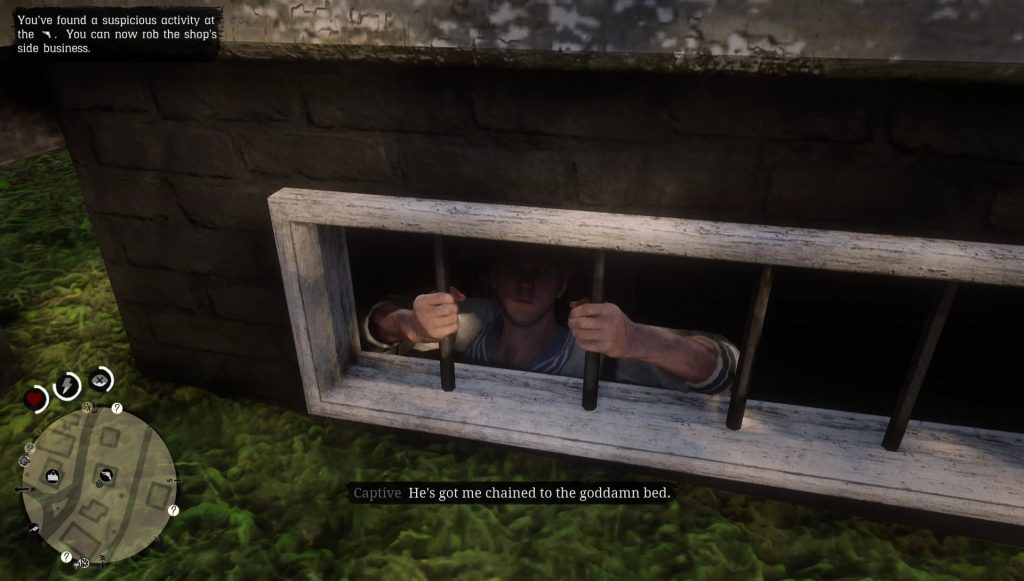 How to rescue basement captive from Rhodes gun shop in RDR2?

First of all, you’ll need to talk to the prisoner. When standing in front of the gun shop, go around it to the right. You’ll see a basement window a bit above ground, and the captive will call you over. Talk to him and he’ll tell you the gunsmith has him chained to the bed. He’ll beg you to set him free.

Once you’re done talking, go into the shop and focus on the gunsmith. Pull out your gun, then select the option to rob basement. He’ll lead you down the stairs into the cell, where you’ll get the entire sad story if you’re willing to listen. Shoot the chain holding the boy, and he’ll be able to leave. 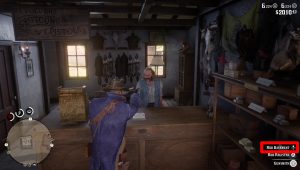 After you’re done listening to the two, you can grab anything you want from both the basement and the shop without worrying about bounty. There’s a Lancaster Repeater in the basement, along with some useless stuff. You can also rob the register and nobody will care. You’ll probably feel at least a bit dirty for doing so – this is genuinely one of the game’s saddest and most disturbing stories, and it’s hard not to feel sorry for everyone involved.

A number of folks have reported finding the prisoner dead in the cell after they try to rescue him. This only seems to happen if you put off saving him. Most of the players who experienced this issue didn’t rescue him at first, because they couldn’t use guns in Rhodes because of the lockdown. However, the gunsmith’s shop is the only place where you can draw your weapon freely, even during the lockdown.

There doesn’t seem to be anything you can do to make things right if this happens, but you can prevent it by rescuing the boy as soon as he asks for your help.