Valentine doctor is one of the robbery targets in Red Dead Redemption 2. He’s a bit different from the others, as there’s a locked metal door in the backroom that cannot be opened by force. When robbing him, a lot of players are wondering how to open the locked door and take whatever’s behind them. There’s also the problem of getting the wanted bounty while doing it. This guide is going to tell you everything you need to know about Red Dead Redemption 2 Valentine doctor and how to rob him. 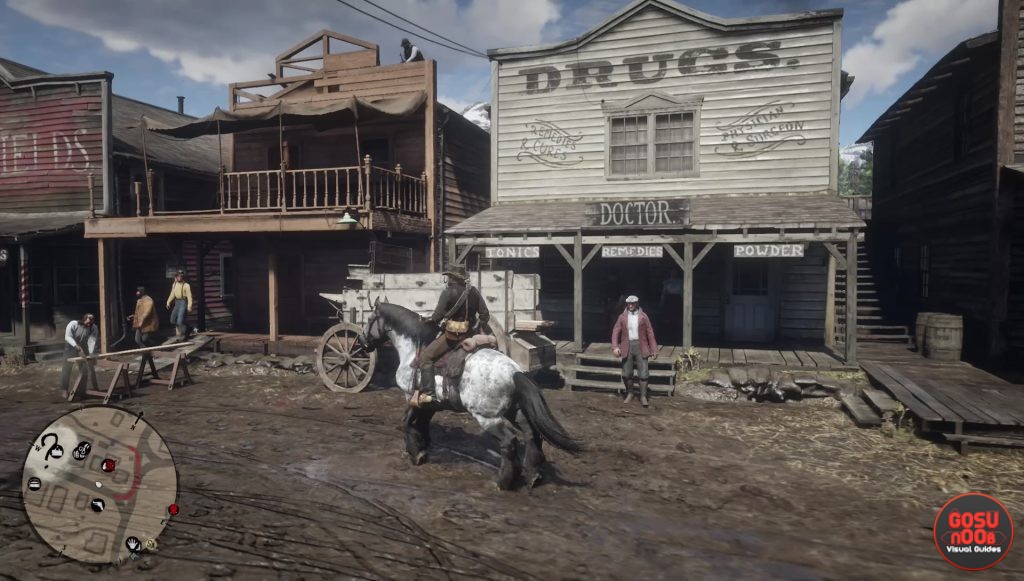 How to open security door at Valentine doctor’s office?

When you try opening the door the usual way, nothing will happen. What you need to do is knock on the door first. Someone will open the peep hole and tell you off. It’s obviously a private party and they don’t want you there.

You then have to go to the doctor (standing behind the register) and point your gun at him. Select the option to rob the back room (up on the Dpad), and he’ll lead you into the back room and deceive whoever’s behind the heavy metal door into opening them. Now all you have to do is go in, kill the bandits and take everything that isn’t nailed down.

We managed to snag a Schofield Revolver and about $100. Don’t forget to raid the safe as well as the tables and other surfaces in the room. Be sure to make it quick, too, as you’ll want to leave before the law shows up.

How to rob Valentine doctor without getting wanted bounty?

When you start murdering the bandits in the back room, you’ll get a bounty on your head. Avoiding the wanted status here would be very nice, but there seems to be no way around it. We’ve tried killing the doctor so he can’t call for help, killing them all silently and nearly simultaneously (deadeye plus throwing knives), throwing a stick of dynamite into the room, etc. Everytime, we’d end up with a bounty. You can keep it low by wearing a mask and killing only the three bandits.