While crystals have been in Valheim since the very beginning, they previously didn’t have any use. But now, with the release of the Hearth and Home update, crystals have been completely revamped. Both what they are used for and how you can get them. This entire update has been very quality of life-friendly, with the addition of things such as the Cartography Table, using the Obliterator to get rid of junk items, and getting to ride Loxes, and the new uses for crystals are no different. If you would like to find out what they are used for and where they can be found, keep on reading our Valheim Crystals Locations guide. 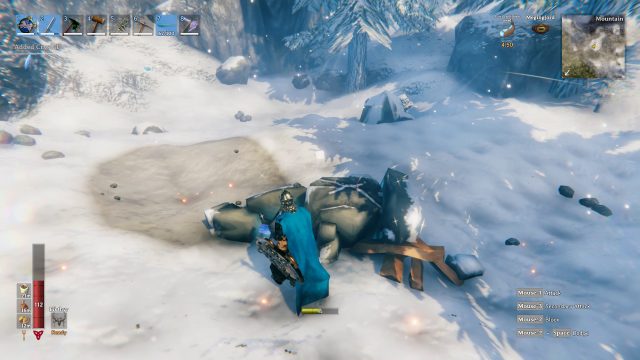 Where To Find Crystals in Valheim

Currently, the only way you can get crystals in Valheim is by killing Stone Golems. These mighty creatures reside in the Mountains biome. So, if you want to farm some crystals, you will need to make your way there. But beware, as these monsters are some of the most heavily armored and toughest opponents in the game. They hit really hard when you directly engage them in melee. Which means that the best strategy to deal with them is to stay out of their attack range and pepper them with arrows from afar.

Previously, when they went down, they would spawn just one crystal. This has been changed, so when they are killed, they will now drop about eight crystals. If you’ve ever encountered them before, you know that Stone Golems love to camouflage themselves and they can be hard to spot. Typically, they will only reveal themselves when you get close enough to them, so make sure to check high up areas in the Mountain biome and examine all solitary protruding rocks there. These will often “wake up” and turn out to be Stone Golems.”

What Are Crystals Used For in Valheim

PREVIOUS POSTValheim Hot Tub – How to Craft & Use

NEXT POSTHow to Upgrade Cauldron in Valheim Hearth and Home