Even though Witcher 3 received a major patch just before the release of Blood and Wine, the introduction of the DLC has caused many errors and problems within the game. Things are kind of a mess for many players right now, but the developers are working on a solution. 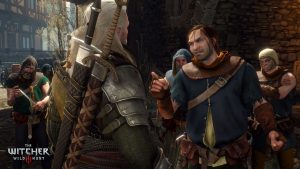 Solutions are on there way, according to community manager Marcin Momot. Momot took to Twitter to assure players that CDP Red are working on a patch that should fix all major reported issues. There’s no word on when we should expect the patch, or which issues exactly is it going to fix, but his words should serve as comfort.

We're working on the next patch and hoping to have it out as soon as possible. Should address all major reported issues.

If you’d like to check which problems are most common with the new DLC, or look for workarounds and DIY solutions, be sure to check out our Errors & Problems in Blood and Wine guide. There are many of them, ranging from performance troubles, to disappearing diagrams and tail-less horses.

NEXT POSTStandalone Gwent Game Possibly in The Works