It’s been 10 years since the first game in the Witcher series was released and CD Projekt Red, through their sister company – GoG.com, are celebrating with a big sale of various RPG titles in their library. Most notably, Witcher 3 GOTY will have the biggest discount yet – 60% off for the duration of the sale. The first two games will also be hugely discounted (up to 85% off). To make the celebration even sweeter GoG.com has also put on sale titles from Bethesda and Piranha Bytes. Fallout and Fallout 2 will be sold for half the regular price. Fallout 3, New Vegas, The Elder Scrolls: Morrowind and Oblivion can be snatched for 40% less. Piranha Byte’s Risen series can be purchased for 75-80% off. 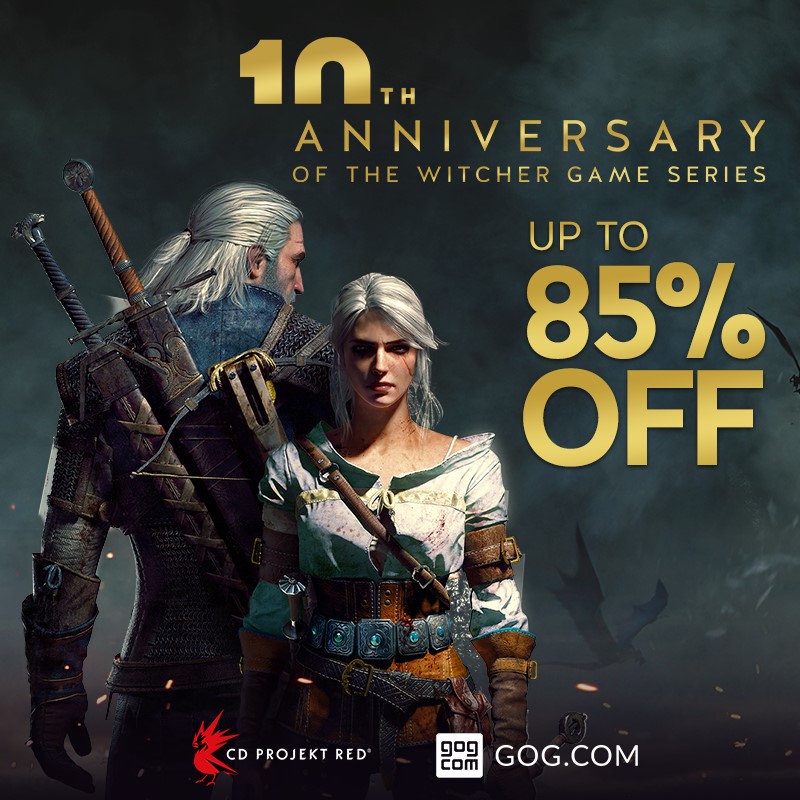 GoG.com is a DRM free marketplace and is a sister company of CD Projekt Red, the creators of the Witcher series. If you like what these guys made and want to support them the best way of doing so is purchasing games on their platform. With the Witcher 3 being 60% off for the first time ever, this might be the best moment to get one of the best RPGs ever made. If you own the the third installment, I would still recommend you get the previous titles in the series, because they have aged well and provide some great stories worthy of exploring. If you get the game and start playing for the first time, you might want to check out some of the guides we’ve written. We have over 100 articles covering Witcher 3 weapons, starting skills, gwent merchants and all the other info that will make going through this huge game a breeze.