Find the best weapons in The Witcher 3 can be hard – they are often well hidden or need to be crafted. Even if you’re not focusing on swordsmanship, you will have to rely heavily on your blades.
▼Article Continues Below▼
In this guide, we’re going to show you the locations of the best weapons in the Witcher 3, their stats and level requirements.

Locations of all armorers & blacksmiths where you can craft your weapons & armor. 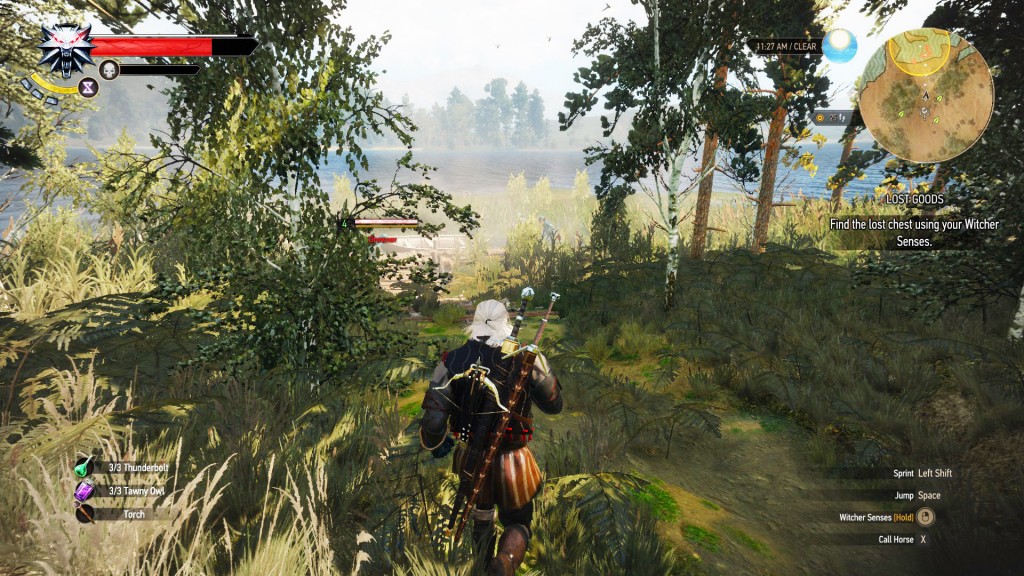 Aerondight is a silver sword added in the DLC. Its damage output increases if you manage to dodge incoming hits while landing your own. It’s one of the best swords in the game, and it has appeared through the whole series.

Blood and Wine is the second expansion for the game. It takes place in a new area and adds a lot of new swords, both silver and steel. Since you need to be at least level 35 to start the DLC, the weapons have level requirements similar to that. If you want a list of the best new additions, take a look at our New Weapons in Blood and Wine guide.

This steel sword is a part of the Ofieri Armor Set. Its long blade curves at the tip. It does decent damage and offers increased sign intensity. Sadly, there’s no silver variant of it.

UPDATE: Level requirements for many items were changed in update 1.07. We’ve changed the values in the guide accordingly, so if you stumble upon a weapon with different requirements, you’re probably playing an older version of the game.

The basic Wolf School swords are usable at level 14. They provide increased sign intensity, a chance to inflict bleeding, more adrenaline points and increased experience gain when fighting monsters. The diagrams can be found near Kaer Morhen.

The diagrams for crafting the Enhanced Wolven swords can be found in Crow’s Perch and Kaer Morhen. You won’t be able to use them before you’re at level 21, and they’ll provide the same bonuses as the basic ones, but with greater intensity.

The Superior Wolf swords can be made using diagrams found on Ard Skellig. You’ll need to be level 29 or higher in order to use them, and they are a natural step forward from the enhanced versions.

The final step in the evolution of wolven weapons are the Mastercrafted Wolven swords. The diagrams you’ll need can be found in the southern parts of Velen, but you’ll have to be at least level 34 to wield them.

The diagram you need in order to craft the Black Unicorn Relic Steel Sword can be found in Kaer Morhen, near the fortress. You need to be at level 46 to use it. It does 360-440 damage, has a chance to cause bleeding and increases Aard intensity.

The Beann’shie Relic Steel Sword diagram is hidden on Hindarsfjall, one of the Skellige Isles. It can do 351-429 damage, with additional frost damage, armor piercing and increased Aard intensity.

The diagram for the Gnomish Gwyhyr Steel Sword is a reward for doing a quest in Novigrad. It deals 329-403 damage, does high critical hit damage, increases the odds of landing a critical hit and has a chance to poison and cause bleeding.

Longclaw Relic Steel Sword diagram can be found inside relic chests in eastern Skellige, Hindarsfjall. This 37 lvl weapon has 297-363 damage, 30% Yrden Sign intensity with some armor piercing. You have to find a key in order to unlock the room where the chest with the diagram is.

There are two locations where you can find the diagram for Harpy Relic Silver Sword in Velen – one is during a quest, the other close to Crow’s Perch. It’s a pretty powerful sword, but has almost no additional properties, beside the high damage output. It does 427-523 damage and has a chance to cause bleeding.

The diagram for crafting Weeper Relic Silver Sword can be found in a couple of places on The Skellige Isles – on Hindarsfjall and Faroe. If you want to wield it, you’ll need to be level 31, at least. It has 369-451 damage, increased critical hit damage and gives more experience when fighting monsters.

The Viper swords diagrams can be found in White Orchard, right at the beginning, and are by far the best starting weapons. The ingredients for crafting them, as well as the appropriate craftsmen are also easy to find in the starting zone. The silver one requires level 1, while the steel requires level 2. When using them, you’ll have increased experience gain and the chance to poison the enemy.

The Griffin swords diagrams are located in Velen. They’re a good choice for any magic-oriented character build. You’ll need to be level 11 to wield them, and they’ll grant you increased experience gain and sign intensity.

The Cat Swords diagrams are close to Novigrad, hiding in abandoned castles and ruins. You’ll need to be at least level 17 to use them. Aside from the increased experience gain, they offer great damage.

The Enhanced Feline swords are level 23. Silver sword diagram is south of Novigrad’s Oxenfurt Gate, inside a house, while Feline steel sword diagram is hidden in the cave located between Toderas fast travel point (to the northeast) and Reardon Manor (to the southwest).

The Bear swords need to be crafted too, and their diagrams are in Skellige. You have to go to Ard Skellig – the steel one is south of Pallisade, while the silver one is north of Rogne. You need level 20 to use them, and they offer greater experience gain and adrenaline point generation.