Mini games are special challenges in Zelda Breath of The Wild. They require you to beat a complete a certain activity within a time limit. The rewards you can get are often meager, but a couple of them give you really nice stuff. They’re also really fun to do. They aren’t marked on the map, and finding them can be a bit of a problem. In this guide, we’re going to show you a list of all Zelda Breath of The Wild mini game locations & rewards, as well as how to complete them.

Most of these challenges are there for fun, but some can be very profitable. They can reward you with unique weapons, horse armor, significant amounts of money, and more. If you want to find them for yourself, make sure you talk to everyone you meet. The people in weird places, alone on a clifftop or by the side of the road, are most often the ones who give out these challenges. 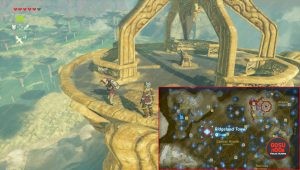 Talk to Branli, a backpacker on the top of Ridgeland Tower, east of Castle Hyrule. He’ll ask you to glide as far as you can from the tower. You’ll need to pay 20 rupees to take part. Prepare some stamina food beforehand, it’ll come in handy. You could also trade hearts for stamina, to further increase your chances. 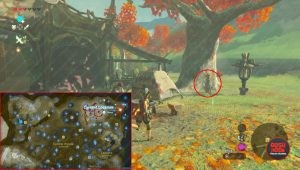 Speak to Aya at the East Akkala Stable to start this challenge. If you’ve already unlocked the Hateno Tech Lab, you know how this works. You’ll need to carry a torch lit with the blue flame to the lantern behind the stable. The biggest issue will be the guardian halfway between the start and finish. You chould deal with it before you light your torch. 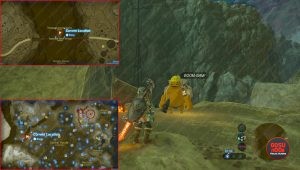 Visit Tabatha Canyon Course – it’s in the large canyon in the west, just a bit north of the Tabatha Great Bridge. Talk to Modar, and he’ll instruct you. You’ll need to pay 20 rupees to play. Your goal is to use the Stasis power to get the ball into the hole in less than 20 strokes. Keep in mind that heavy weapons hit stronger than light ones. 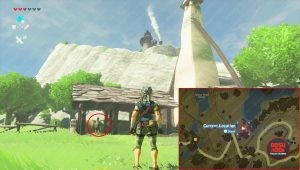 This one can be started in Hateno Village. Go to the first house to the west of the Hateno Tech Lab. Talk to Dantz, the guy in the stable. He’ll task you with killing as many deer as you can in Retsam Forest, in under one minute. If you’ve got some stealth clothes, that should make it easier. Make sure you equip a nice bow, one that can deal with a deer without much trouble. 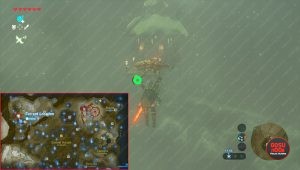 Flight range is northwest of Rito Village, in the Hebra Mountains. It’s on a cliff by a really small lake. There’s a hut where you can start the activity, but we couldn’t test it, because no-one was there. There are a lot of glowing targets around, so it probably includes gliding and shooting at the same time. 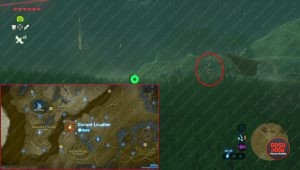 This one is a classic one on one race, on foot. Talk to Konba at the check-in, which is east of the Tabantha Tower, across the canyon. You’ll have to race him up the hill, to the red flag. There will be some rolling stones along the way, which is about the only difficulty you’re going to have. You have to spend 20 rupees to accept the challenge, and you’ll get 50 if you win. 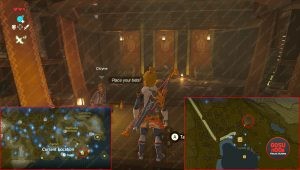 We’ve already written about this one – it’s the best way to farm rupees, especially early on. Go to Lurellin Village, in the southeast of the map. Talk to Cloyne, the man living across the road from the inn. It’s a shell game, basically. You can bet upt to 100 rupees, and earn up to 300. 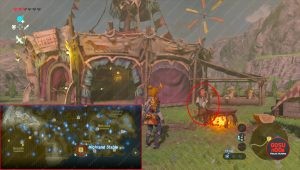 Travel to the Highland Stable, in the south of the Faron Region. Mount your horse and talk to Blynne, the guy next to the crock pot. He’ll offer you a horse obstacle course challenge. If you beat his record, he’ll give you his Extravagant Sadle. You need to jump over all 10 obstacles in less than 1:15. Try not to gallop – it will prevent your horse from jumping. 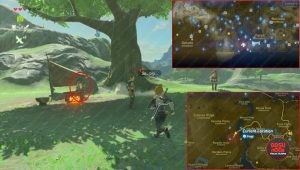 Follow the road west from Highland Stable. You’ll end up in a plain in the Farron Grasslands. Mount your horse and talk to Jini, the man sitting by the bonfire. He’ll task you with shooting ballons while riding a horse. If you shoot more than 20 before the time runs out, he’ll give you a piece of horse gear. 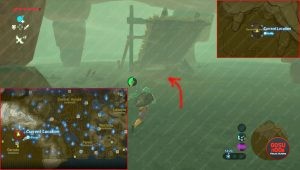 While in the desert, you can do the ice run. Go to the Northern Icehouse, by the mountains north of Gerudo Town. Talk to Anche, and she’ll ask you to bring an ice cube to Furosa. The ice melts in the scorching sun, so you’ll have to use Stasis to get it there safely. If you finish quickly, you’ll get rewarded. If not, you’ll just get your 50 rupees back. 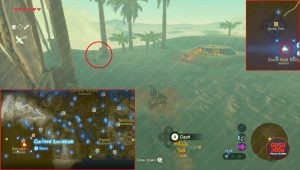 There’s an oasis a little to the south from Gerudo Town. After you’ve dealt with the Divine Beast Vah Naboris, go to the oasis and talk to Shabonne. She’ll let you race the champion. We haven’t managed to win yet, so we don’t know about the rewards, but it’s an extremely fun activity. The first time you beat it, you’ll unlock a shrine. After that, you’ll have to pay 100 rupees to race. If you beat your own record, you’ll get 300. Thanks to SimplyTheBest for the info. 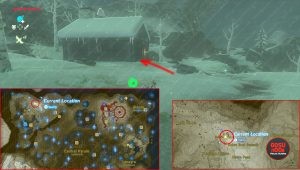 There’s a cottage in the north of the Hebra Mountains called Selmie’s Spot. Travel there and talk to Selmie. She’ll challenge you to snowboard on your shield down the mountain. You’ll have to beat the basic course first. Once she allows you onto the advanced course, she’ll start offering up some nice shields as rewards. The price is 20 rupees a try. 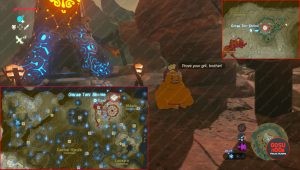 There’s a giant rock to the north of Death Mountain. Once you get there, talk to Bayge. He offers two rock-climbing challenges. The harder one brings more money, but it requires a lot of stamina, and some decent Climbing Gear. You’ll need to scale a cliff and collect rupees along the way. You have 3 minutes, and you get to keep all the rupees you snatch. It’s one of the best ways to make money later on. 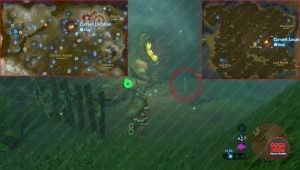 Travel to eastern part of Korok Forest, there’s a Korok called Damia. Talk to them and they’ll offer you the Test of Wood challenge. It consists of going through a maze/obstacle course armed with wooden weapons. If you finish it in less than 5 minutes, you’ll win a prize. You’ll need 20 rupees to enter.