Saint Albane’s abbey is one of the monasteries you can raid in Assassin’s Creed Valhalla. It’s one of the tougher ones – the raid itself can be difficult to due to a wall blocking your way, and there’s a locked door leading to the prison cells. What treasure awaits down there? If that’s the burning question that you’re losing sleep over right now, this guide will show you AC Valhalla Saint Albane’s abbey key location & how to breakt through wall to finish the raid.

How to get into church & houses in Saint Ablane’s abbey?

If you’re having trouble entering the houses in the courtyard of the abbey, each of them has a “thing”. Some have a door that can be opened with the help of a clanmate. Some require you to go around them and look for places where the mortar has fallen off. There will be a wicker patch blocking the hole, which you can easily burn down with your torch or shoot with an arrow. In order to enter the church, you should break one of the stained glass windows and climb through the hole. 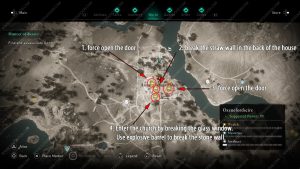 Where to find prison cell key in Saint Albane’s abbey?

The key isn’t part of the raid, and you can’t get it there. It’s part of a quest called Pilgrimage to St Albanes, which is part of the Oxenefordscire story arc. You’ll get it during the quest automatically, and you’ll be allowed into the cells where they’re holding the heretic.

How to break through wall in Saint Albane’s abbey?

The wall blocking the last massive wealth chest is of the kind that’s only vulnerable to explosives. This means you’ll need a red clay pot filled with oil. You can find several of them outside the abbey and to the right, in the improvised storage area by the stairs. Pick one up, bring it inside and throw it at the wall.