Dynasty Dash is a repeatable side mission in Borderlands 3. There’s one in Devil’s Razor, on Pandora, and another at Floodmoor Basin, on Eden-6. The missions are easy to complete – all you need to do is drive around the map and deliver some burgers for an obnoxious man that refers to you as “my dude”. However, there’s a timer, and an optional objective to finish the quest with 9 minutes left on the clock. In order to do this, you’ll have to plan ahead, know the map and take all the help you can get. This guide is going to show you how to complete Dynasty Dash in Borderlands 3 with 9 minutes remaining.

How to complete Dynasty Dash with 9 minutes remaining

First of all, make sure you shoot each and every one of the competitor’s signs you run into. They can be small signs on wooden posts or large billboards, but they’ll all have a red glow. Shooting one will add 15 seconds to your timer, so it’s crucial.

Use a Cyclone – it can be more difficult due to the handling, but you’ll need good driving skills to finish this with the best score anyway. Never go all the way to the house with your vehicle – getting it back on the road takes too long. Instead, park by the road, run to the house on foot, then teleport back to the vehicle using the map. 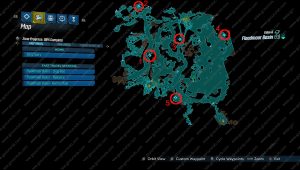 Follow the road north from the quest give and deal with the two packages along that route. Afterwards, teleport to the fast travel point at Knotty Peak, on top of the mountain. Grab another vehicle from the bay there, and you’ll find the third location as soon as you leave the cave to the south. Go back into the cave and jump off the ramp to the east. Once you’ve delivered the one in the east, head south and up the hill to get to the last location. 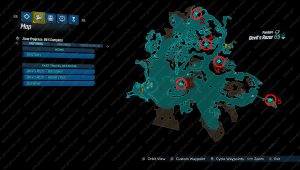 Head east into Dusty Acres and deliver to the house at the top of the hill. After that, go north, around the mountain, and deliver to Sheega’s Kennels. Follow the tunnel southeast, then up the road to the back wall of the Dahl factory. Drive off the cliff and to the east for the fourth location. Lastly, head south then east to the Lonely Pillar.

PREVIOUS POSTBorderlands 3 Endgame – What to Do After Completing the Game

NEXT POSTZelda Link’s Awakening How to Get Bombs & Destroy Walls