Ashes of Ariandel, the first expansion for Dark Souls 3, has added a bunch of new equipment to the game. The most interesting of the lot are the weapons and shields – they’re all new (not taken from older Souls games), and most of them have unexpected skills.
▼Article Continues Below▼
In this guide, we’re going to show you all new Ashes of Ariandel weapons in Dark Souls 3, what they look like, their stats and how to get them. 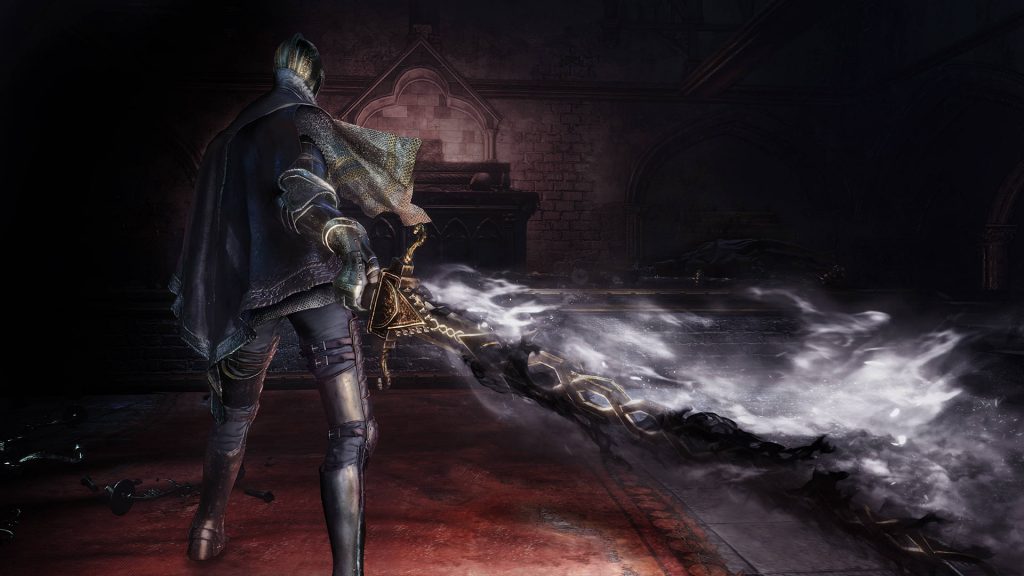 UPDATE: Here’s a list of weapons that appear in the DLC: There’s not too many weapons, but it’s nice to see more original content this time around, not just imported stuff from previous games. It’s hard to tell if anything is going to be useful in the long run, but most of them are really fun to use. Every other weapon has a cool new gimmick, and is just screaming to be used in novelty runs.

If you’re interested in other new items, we also have guides with new armor sets in Ashes of Ariandel, as well as new spells.

ORIGINAL TEXT: The sword in the picture above is the first addition we got to see. It looks like a greatsword with a dark enhancement. The hilt and handle make it look similar to the candlestick, but the blade sets it apart. It’s called Onyx Greatsword, and from what we’ve seen, it has the standard greatsword moveset. The weapon art sets it ablaze, making it do elemental damage.

A couple of weapons were available for use at the press PVP events, so we got to see them in action. One of them was the Valor Heart, a gladius with a small round shield. It’s quite possibly the set we’ve seen in the trailer, used by the guy with the giant wolf. It has a nice shield bash and a cool jumping attack.

Another dual wield weapon we saw was the Crow Quills, which consists of a rapier and a claw. It has slashing and thrusting attacks, as well as a great looking spinning/jumping combo. Its weapon art is called Quill Dart, but we have no idea what it does. It has a C in dexterity scaling without any upgrades.

The gameplay trailers had another strange weapon – a curved sword that looks like a fin. It might be made from some ominous sea monster. Its moves are quick, and it looks like it’s great at crows control. We’ve also seen a battle axe with some carvings on the side of the blade. We didn’t get to see it in action for long, so we don’t know whether those carvings posses magical powers.

The trailers have also shown us a hooded lady wielding a scythe. It looks like a regular-enough weapon, but the connections with the painted world of Ariamis make us think it might have a life-leech ability.

We’ve only seen a couple of shields. Once was a wooden tower shield with a wrought iron crest. It didn’t seem to have any special powers, but it was pretty. The other was in the shape of an upside-down tear. Again, nothing special about it, but it did look nice.

Ashes of Ariandel is going to launch of October 25th. We’ll update the guide with more info once it does.