Destiny 2 The Witch Queen is now live on all platforms. Nonetheless, as it usually goes with big online updates and releases, there are some issues plaguing the expansion at launch. Currently, the biggest reported problem is the Black Screen issue when players try to launch the game. Here’s why is this happening and if it can be fixed. 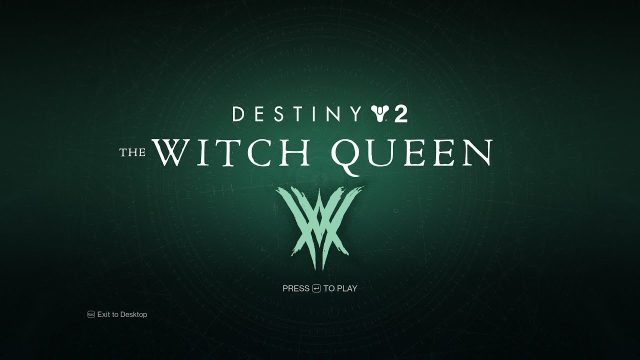 The Destiny 2 Black Screen on launch issue started after Update 4.0.0.1

Instead of enjoying The Witch Queen expansion, you are welcomed with the Black Screen of death when launching Destiny 2. According to reports from players, the issue started appearing after they’ve downloaded Update 4.0.0.1. Bungie Forum user TheKevinater states that he is able to hear in-game sounds and clan members when he launches Destiny 2, but he immediately receives a black screen shortly after the loading screen.

Apparently, keyboard inputs are not registered by the game as well, so the issue is not only of visual nature. Bungie developers have acknowledged the issue, and are currently working on identifying the problem. This means that, if you have the Destiny 2 Black Screen on Launch problem after The Witch Queen update, there’s not much you can currently do. Nonetheless, you can perform some basic check-ups: