Broken Awoken Talisman is a special item in Destiny 2 Forsaken. It’s a quest item that you need to repair in order to gain access to the Dreaming City. You’ll need to get talisman fragments to fix it, but the clues you’ll get are rather cryptic. If you find them confusing and need help locating the pieces, make sure you check out our Destiny 2 Broken Awoken Talisman quest guide.

Where to find talisman fragments?

The talisman fragments are hidden in Lost Sectors. Actually, they’re not even that well hidden. All you need to do is decypher the clues to figure out which lost sectors they’re in. Afterwards, you should just clean them out, and once you open the chest after killing the boss, you’ll get the fragment.

In an old Corsair’s hideout

The first one is somehow connected to ships, that much is obvious. The lost sector you’re looking for is Shipyard AWO-43, in the middle of Jetsam of Satuurn. After you’ve dealt with its inhabitants, you’ll receive the stone piece. 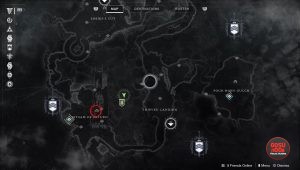 In the heart of Spider’s Web

This clue may seem like it’s pointing towards Spider’s hideout. I mean, that’s the most logical explanation, right? Wrong. It’s not your fault – the clue is bad. What you actually need to do is go to the Empty Tank lost sector. It’s the one in Thieves’ Landing, a bit northwest of the landing spot. Go in there, kill the boss, open the cache and take your stone ball. 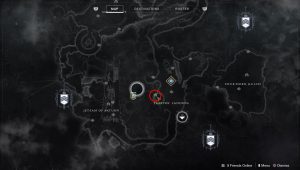 In a rare green place

Looking at the map at a glance, it doesn’t seem like there are too many green places to talk about. You’d be forgiven if you were puzzled by this one. It turns out, the green area is not actually above ground – it’s a lost sector, remember? It’s the only one in Four-Horn Gulch, east of Thieves’ Landing. It’s called Trapper’s Cave. Go past the containers and enter the cave. Follow it and you’ll soon ses what the green part refers to. Kill the boss and loot the chest to get the fragment. 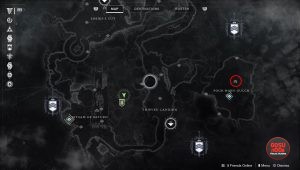 You’ll automatically receive the Inert Awoken Talisman as soon as you’ve got all three. Bring it to Spider, and he’ll turn it into the Mended Awoken Talisman. In order to get to the next level, you’ll have to defeat Taken enemies. There’s a bunch of them all around, really, but the game recommends Io, EDZ, the Lake of Shadows strike and Gambit.

NEXT POSTDestiny 2: Forsaken Masterwork Cores – best way to get