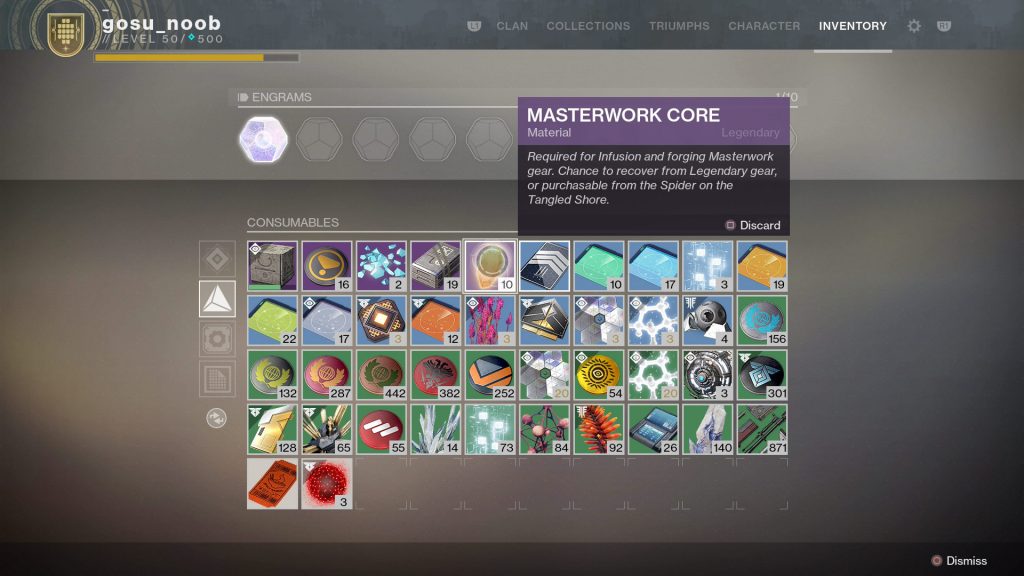 Easiest way to get Masterwork Cores in Forsaken

Yesterday when the Forsaken update dropped, most Destiny 2 fans were disappointed with new changes to the Infusion system. Finding MasterWork Cores turned out not to be as easy as most of players thought it will be. In the list below we’ll share with you how to find Masterwork Cores:

1. The easiest way to get Masterwork Cores is from new vendor Spider. You can buy them for Leendary Shards, but the cost doubles for each purchase on the same day. The first piece you can get for 10 Legendary Shards, the second one for 20 Shards, third for 40 shards, and so on. The great news is that the price resets daily.

5. Unfortunately Masterwork acquisition in Pre-Forsaken raids has been lowered from 50% to 10% to be in line with Masterwork drops in Forsaken

NEXT POSTDestiny 2 Forsaken Seeds of Light – How to get more