A Matter of Time is a new quest in Destiny 2, the one which introduces the Sundial activity in the Season of Dawn. One of the steps will require you to find a certain amount of sundial components, in order to activate the first obelisk and start the activity. To do so, you’ll have to kill Cabal on the Tangled Shore. Some players are having trouble finding them, which is why we made this guide – to show you where to find Cabal on Tangled Shore in Destiny 2.

Where to find Cabal on Tangled Shore?

The best place for finding Cabal on the Tangled Shore is Soriks’s Cut. It’s the area in the northwestern corner of the map. There’s even a landing pad there. Just land there, and you should immediately see a bunch of bulky, warmongering aliens. Make sure you use a solar subclass and weapons – solar kills will reward you with three components each (this includes grenade, ability, super and weapon kills), while non-solar ones result in only one component per kill. 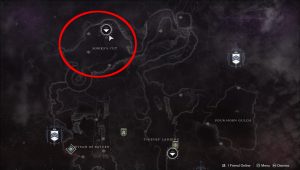 If you go to Soriks’ Cut and don’t find any Cabal there, it could either be a bug or just simple bad luck. Everyone is doing this quest now, and everyone is doing it there. You might land and see a dozen other guardians have already cleared the area before you arrived. No matter what the reason is, your best bet would be to log out then back in, forcing the game to send you to another server. This should solve both the server-side bug that stops enemies from spawning, but it could also put you in a less densely populated server, leaving more Cabal for you to kill. Once they show up, remember – use solar weapons and abilities to kill them.