Fallen Captains are a type of enemy in Destiny 2 and there’s a new bounty in the game called Leaderless, They Fall that requires you to kill twenty of them. Since they’re not your regular cannon fodder, finding that much may be a problem for some. Of course you saw the captains everywhere when you were running around and then there are none to be found when you need them. If you’re having a hard time finding them we found to good spots to farm Fallen Captains.

The good news is, you won’t have to visit twenty different locations. The bad news is, you’ll have to complete a bunch of lost sectors. Pretty much every lost sector that’s filled with Fallen will end with a Fallen Captain for a boss. The best farming place we’ve found is Trostland, on Earth. The area around Devrim’s church in the European Dead Zone is small and filled with lost sectors. Land there, and then visit the three lost sectors around the church – Atrium, Widow’s Walk and Terminus East. The first one is the easiest and the quickest, but you can shuffle the three for variety’s sake. 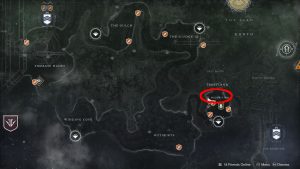 As you can see, all three are near the church. Terminus east is accessible through the building east of the church, Widow’s Walk is in the building to the west. Atrium is the one in the church’s basement. To mix things up a bit you should visit other lost sectors. Like the The Rift on Nessus. Take a look at Spider’s wanted target bounties as well. Many of them are Fallen Captains.

Once you’ve killed twenty of them, you’ll also have to get forty five sniper rifle precision kills. This can be done anywhere, but it’s best to look for a place with a lot of Cabal. They’re slow and big-headed, which makes them good targets for sniper kills, especially if you’re not a great shot.

The second Fallen Captains farming method involves visiting the Tangled Shore. There’s a Fallen Captain north of the Thieves’ Landing spawn point. Arrive to Tangled Shore and then go among the buildings just north of where the Obelisk is. There is a captain there usually. If not, keep going north past where the event happens. There’s a building there and it always houses a Fallen Captain. If you are lucky there might be a small event happening where more captains spawn. The reason why we do not list this as the primary Fallen Captain method farming is that it’s a busy route. Somebody might have already done it and you will find no spawns. You have to respawn at Thieves LAnding and try again. You can always visit EZD Trostland lost sectors for guaranteed spawns. 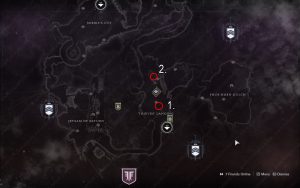 Go, check out this video on youtube as well. This should help if you’re having any trouble.