Festival of the Lost masks are special items in Destiny 2. You can only get these helmets during this year’s Halloween event, and they’re cardboard masks representing different characters from the game. They look silly, and they are used in the Haunted Forest. There’s around a dozen of them, and getting them all will be quite a grind. In this guide, we’re going to show you all Destiny 2 Festival of the Lost masks, as well as how to get them.

How to get Festival of The Lost masks

You’ll get the first one for free. Then you can buy one from Tess Everis using Bright Dust. The rest you’ll get from Amanda Holliday, in exchange for Fragmented Souls. These new items are a type of currency used in the Halloween event. You can earn them by killing Nightmares in the Haunted Forest, or completing bounties that Amanda gives out.

Obtained automatically after you finish Amanda’s first Festival of the Lost quest. It will make you look like everyone’s favorite cryptarch. 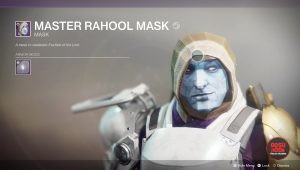 You can buy this one from Tess Everis at the Eververse store. It’ll set you back 1450 Bright Dust, and will make you look like a chicken. If you’ve been following the story, you’ll remember Cayde taking a chicken from the Farm as a pet, and naming her Colonel. So sad. 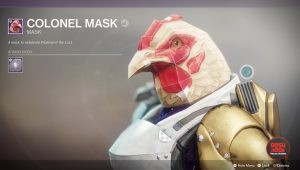 This one will make you look like you have a planet instead of a head. It will replace your helmet with a replica of the Traveler. You can get it from Amanda in exchange for 30 Fragmented Souls. 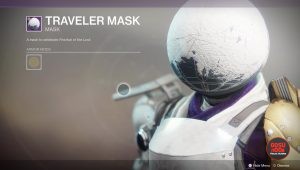 This one is also for sale at Amanda’s kiosk, and you can get it for a mere 30 Fragmented Souls. It looks like a cheap, cardboard version of the helmet the Crucible vendor is wearing, broken horn and all. 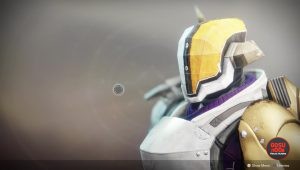 This mask will make you look like the Awoken queen’s liaison, the Dreaming City vendor you’ve learned to love these past few weeks. You can buy it from Amanda for 30 Fragmented Souls. 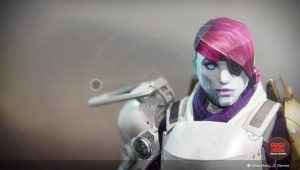 All Destiny 2 villains are a bit comical, but Ghaul was the first, with his face mask and his grand posture. This mask is the first of the more expensive ones, and you’ll need 40 Fragmented Souls to buy it from Miss Holliday. It will make you look like the former leader of the Red Legion. 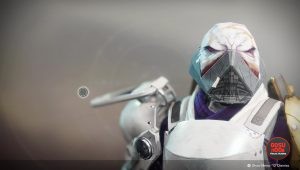 This one also costs 40 Fragmented Souls. It’s based on the design you can find on one of Destiny 2’s more divisive exotic weapons, the Jade Rabbit. It’s good-looking, but not really the best you can get from Amanda. 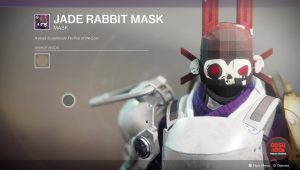 Will of The Thousands mask

If you ever wanted to look like a Hive Worm God, now’s your chance. This mask will make you look like the nasty worm boss from Mars, and you’ll only need to shell out 40 Fragmented Souls to get it from Amanda Holliday. 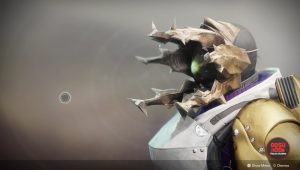 As the name implies, this mask will make you look like a Scorned Baron himself. It has that silly, tall head-dress and vicious little teeth painted on the front. You’ll need to pay the pretty much standard 40 Fragmented Souls to Amanda if you want it. 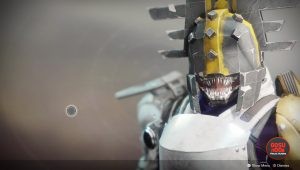 We’ve mentioned Destiny 2’s comical villains, so here’s another one – Little Mermaid’s uncle, or as some of you may know him, Emperor Calus. This mask costs 40 Fragmented Souls, and you can get it from Amanda, like most of the others. It’ll make you look like fat fishman, but the glowing eyes and mouth are a nice touch. 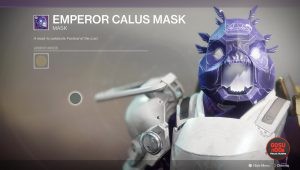 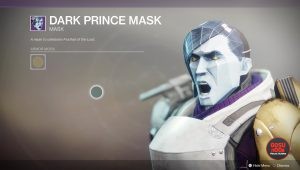 Depending on how you look at it, this may either be the easiest one to got, or the hardest. You can only get it from an Ephemeral Engram, which is what Bright Engrams will be called until the end of the event. You’ll get one every time you level up after you reach max level, so it’s a matter of luck. 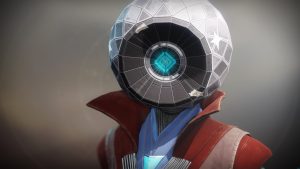 NEXT POSTHaunted Forest Tips & Tricks – Destiny 2 Festival of The Lost