The aqueduct, drain and irrigation keys are items in Destiny 2 that you get during the Leviathan Raid. They’re used to open a couple of secret loot chests in the Leviathan raid. Raid chests are usually filled with great loot, so you wouldn’t want to miss these. This guide will help you get that sweet loot by showing you how to use Destiny 2 aqueduct, drain and irrigation keys and locations of the loot chests.

When you enter the labyrinth by pulling the levers, go forward across the platforms to the light shaft. Use the console in the room on the right to activate the lift, then go up. Go down the long corridor and follow the path up the ramp. Pull the lever to enter the Transfer room – just run through to the door on the far right. Jump onto the walkway above and hug the left wall until you’re in the large hall. Turn right up the ramp, go through the room with the equipment and down another ramp. Go through the door on the left, the one with the sun symbol above it. Turn right and you’ll see a large rotating machine. Jump onto the ledge on the left and go into the small room – this is where the aqueduct chest is.

Once you’re in the room before the Calus arena, the one with all the purple sludge, go into the tunnel on the right. Climb out of the tunnel, then jump onto the ledge with the blue screens. Jump across the mist using the red, glowing platforms. Follow the corridor and jump down the shaft. Go straight through the room, ignoring the enemies. You’ll end up at a gate. Climb the pipes to the right of it, then climb the ledge above the gate. Follow the thin pipes across the room, above the gate with no sign above it. Drop down, turn right, and you’ll see the irrigation chest.

Get to the room before Calus’ throne room, then follow the tunnel on the left. Jump up and go to the shaft. Follow the other corridor and you’ll reach a lever. Pull it, and ignore the enemies inside. Instead, scour the walkway for a corridor alight with red – it should be to the left from where you enter. Follow it and jump down the shaft it leads you to. Climb to the first ledge and pull the lever. The drain chest will be in the room with the watchers, the one with the glowing hole in the floor. You’ll have to kill them before they raise the alarm – only then will the golden door in the corner open

Completing each of the trials you do in the Leviathan Raid can reward you with one of the keys at random. Callus’ trials are basically these boss encounters or special events served to the raid by the Cabal emperor. Each of them is hard to complete, but once you do you get loot for completing it, but also, there’s a chance one of the players will get one of the keys. Once you get the keys you should go to the beginning of the raid to find levers that unlock tunnels that lead to rooms unlocked by these keys.

In order to get to the chests, you’ll have to pull the levers near the beginning of the raid in a certain order. They’re hidden in the starting area, close to the spawn point. Simply drop from the bridge your on carefully, and land on the level below. Proceed to the levers. Pulling them all at the same time worked, but these combos did as well (from left to right):

Once you’ve pulled them, they’ll open a door near the pipes a couple of floors above. Climb the ramps at the entrance to the levers, and keep climbing until you come across the upper deck with two pipes in the middle. That’s where the doorway opened. 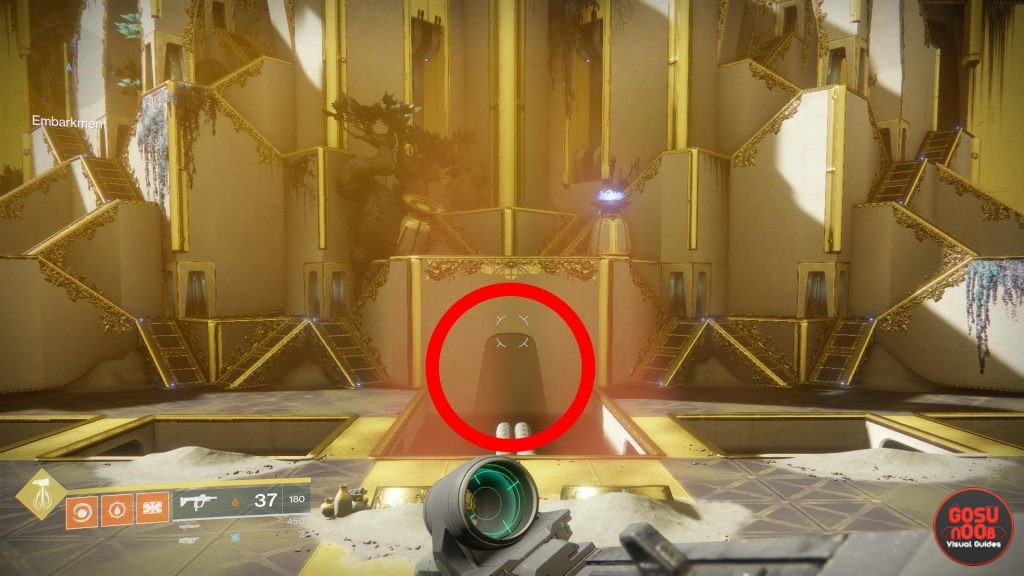 How to find Hidden Loot Chests in Leviathan Raid?

The hidden loot chests are inside a labyrinth. Its many twists and turns can eventually take you to the aqueduct, drain, conduit and irrigation chests, called Calus’s Gifts. Once you get the keys, you can head into the maze and hunt for the chests. However, it can be pretty tricky to find them. The underbelly of the Leviathan is all winding corridors, dark boiler rooms, you get the idea.

On top of that, the many pathways can actually be shortcuts to various stages of the raid. Fortunately, though, the game will keep you up to speed as to which part of the ship you’re on. For detailed instructions, check out our Destiny 2 Leviathan Loot Chest Locations guide.