Destiny 2 Lost Sectors, public events, flashpoint, adventures and more have been showcased in the newest IGN First video. Players who enjoy open world gameplay will be happy to hear there’s new stuff brewing for them in Destiny 2.

Destin Legarie (Senier Features Producer at IGN) and Rob Engeln (Rituals and Programming Lead at Bungie) take us through this video. Lost Sectors are locations somehow hidden throughout the open world map. They are marked with a distinguishing painting. Whenever you see it, be sure to investigate. It leads to a hidden entrance that takes you to a larger area, with a boss at the end. Once you defeat the boss, a chest with goodies will appear.

The one that was discovered in the video is called The Conflux, Unstable Centaur. After the starting encounters, a wild end boss named Primus Cal’aug was defeated.

Public Events are time-limited objectives that can happen at any time in a public space on a planet. The one called Cabal Excavation, where you have to override the Mining Lander, is one of Engeln’s favorites. It requires you to defend the drill against ground forces that have air support.

The biggest change made to Destiny 2 public events is in regards to their locations. There will be no single location for an event in Destiny 2, to avoid forcing players to go to the same spot over and over again. If you trigger the heroic flag, you’ll get an extra hard version, with more enemies, bosses or even more objectives. Of course, you’ll also get bonus rewards for it. 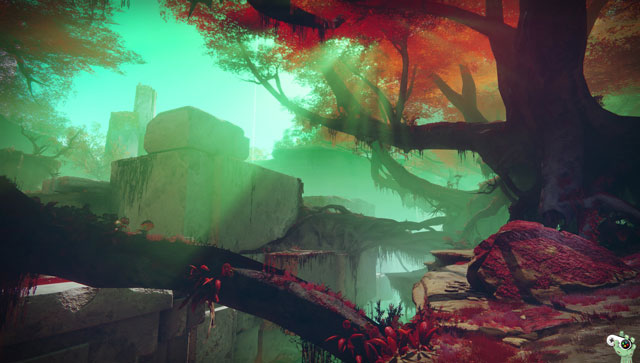 Adventures are a sort of side mission in Destiny 2. They feel like some of the missions in the previous game. Their stories are connected to their locations. They are fully voiced, reasonably short and without a loading screen. You can see if there is an active one as soon as you land on a planet. The one that was featured in the video is called Deep Conversation. Some of the objectives were to kill Vex to gather collective data, scan a cache and more.

Wold quests are similar to adventures, just slightly larger in size. They tell a much longer and more interesting multi-part story about certain destinations. To make them appear on the map, you’ll need to complete the main campaign first.

Flashpoint is a weekly event that takes place in a certain location each week. It requires players to complete a certain amount of public events on those planets. You’ll get prestigious gear for completing them. Flashpoints are similar to Nightfall Strikes, only in patrol. There are other activities connected to them, as well, like Cayde’s treasure maps, new secret bosses at the end of public events and more.

Unlike the previous game, this one will have many landing locations on a single planet. Players will be able to unlock them as they complete the adventures, story missions and other content.