Knowing how to farm Neutral Element in Destiny 2 The Witch Queen is essential if you want to progress through the campaign and craft some of the most powerful weapons in the expansion. The Witch Queen expansion introduces a myriad of new gameplay mechanics, and one of the key new abilities is Deepsight. This ability and the correlated Resonant Weapons are essential if you need more Neutral Element, and this guide will give you step-by-step instructions on how to get it. 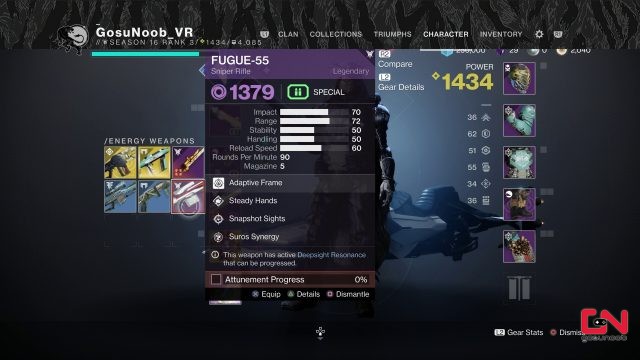 How to farm Neutral Element in Destiny 2

As we’ve already mentioned, one of the main new features in The Witch Queen is the new Deepsight ability. Among other things, Deepsight will unlock Resonant Weapons. These red-bordered weapons can be acquired through various in-game activities and random drops. Their main characteristic is that they can be “reshaped” which essentially means customized by using various components.

You’ll use a lot of Neutral Element in this reshaping system. Many players will burn through their supplies before realising that they need 2000 Neutral Element to upgrade the Enigma Glaive, the first Resonant weapon you’ll receive. And that’s just for starters, later on, many of the most powerful weapons in The Witch Queen, including the elusive Osteo Striga SMG, will require ludicrous amounts of Neutral Element.

It sounds like a hefty chunk, but you’ll definitely want to attune as many Resonant Weapons as you can because you’ll need a lot of Neutral Element. Another way to get it is by levelling crafted weapons. Though this will give you only 15 of it per level – it’s a much less efficient method.

NEXT POSTElden Ring Best Keepsake to Choose at Start