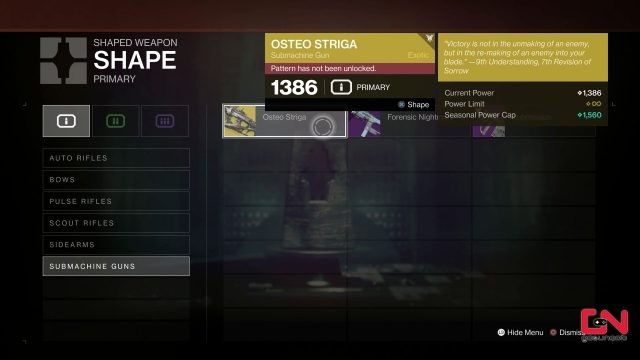 How to Get Osteo Striga in Destiny 2 The Witch Queen

The Witch Queen is brimming with new and exciting items, including legendary and exotic weapons, shiny new cosmetics, unique new gear, and more. This includes the Enigma Exotic emote, the Throne World Ghost Shell, the Throne World Exotic Sparrow, and the Osteo Striga exotic SMG. When you first talk with Master Rahool at the Tower, he will give you the emote, the shell, and the sparrow, but the Osteo Striga is nowhere to be found.

It should be noted that the alleged requirement to beat The Witch Queen campaign in order to receive this pattern is only rumoured at the moment, but that’s the best explanation we have. This still doesn’t explain why was the Osteo Striga listed as an “instant unlock” in the first place. We will try to find out more about this missing Deluxe Edition item, and we will update the article as soon as we have more information.